In a decision that could significantly impact school funding in the oil patch, the Texas Supreme Court ruled that statutory formulas setting valuations for business and personal property are not unconstitutional. Janet Elliott explains the ruling in The Texas Lawbook. 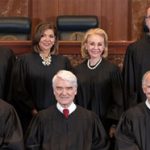 Proponents of binding mandatory arbitration scored two huge victories this week in the Texas appellate courts. In two separate and unrelated rulings, the Texas Supreme Court and the Dallas Court of Appeals ordered plaintiffs in two cases – a group of customers alleging they were illegally victimized by a payday lender and an exotic dancer suing a strip club for gross negligence – to litigate their claims through private arbitration instead of the public court system.

Patent agents who provide authorized legal services may invoke attorney-client privilege to withhold client communications, the Texas Supreme Court ruled Friday. The ruling supports Andrew Silver, the inventor of tablet technology for ordering and paying the tab at a restaurant. Silver claims Tabletop Media failed to pay him for his patent and is fighting a Dallas trial court’s order compelling the production of emails between Silver and his non-attorney patent agent. The Texas Lawbook has complete details.

Mental anguish damages might be available in a case alleging negligent mishandling of a corpse, the Texas Supreme Court ruled Friday, sending a recently argued case back to a Brown County court for trial. The justices upheld a ruling by the 11th Court of Appeals in Eastland that Nelson, Lobban’s only adult child, had common law and statutory rights as next of kin to determine the disposition of his mother’s remains. 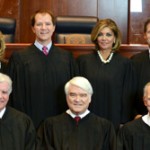 Advances in fracking technology and increased oil prices have helped gain significant production from oil fields once thought to be dry losers. But confusion between regulatory filings and existing oil and gas lease agreements are fueling industry conflicts that need to be resolved by SCOTX. Janet Elliott has the details in The Texas Lawbook.

When it comes to relocating utility wires and poles when roadways are widened, the Texas Supreme Court says the old rules are still the rules. Read Janet Elliott’s account of Friday’s decision in The Texas Lawbook.

The Texas Supreme Court is once again considering the issue of damages for mental anguish in a case involving the cremation of a woman who died unexpectedly in 2007. The case, brought by a son who had been living out-of-state, hinges on whether the funeral parlor involved had a special obligation to find him for his approval. Janet Elliott has details of the argument in The Texas Lawbook. 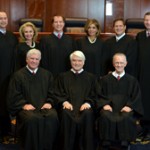 An auto accident involving oil field workers in West Texas has raised some potentially important issues of liability and the limits of worker supervision at the Supreme Court of Texas. The Texas Lawbook has details on the oral arguments in Painter v. Amerimex.

SCOTX Hears The Case of The Duplicate Lease

When Orca Assets signed for six leases in the Eagle Ford Shale play, they had no idea the property had already been leased to someone else. But when the trustee tried to return their $3.2 million, Orca decided it was owed $400 million for the profits it lost. SCOTX heard their argument this week and Janet Elliott was there for The Texas Lawbook.

Al Hill Jr. v. Al Hill III has spawned more than 20 lawsuits involving the heirs of oilman H.L. Hunt over the past decade. This week, the Texas Supreme Court heard arguments by Al Hill Jr. challenging a $7.25 million fee award to Gregory Shamoun for his role helping to resolve the litigation.” The case also pits Fifth Circuit nominee James Ho against former Texas Chief Justice Wallace Jefferson before a court that includes Justice Don Willett, who is also headed to the Fifth Circuit. The Texas Lawbook has the details.