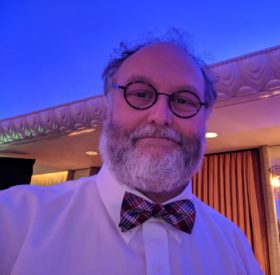 Mark is the author of the best selling book Contempt of Court: A Turn-of-the-Century Lynching That Launched a Hundred Years of Federalism. The book received the American Bar Association’s Silver Gavel Award and numerous other honors. He also is a frequent lecturer at bar associations, law firm retreats, judicial conferences and other events. His CLE presentations have been approved for ethics credit in nearly every state.

From 1988 to 1994, Mark was the legal affairs writer for the Atlanta Journal-Constitution, where he covered the Georgia Supreme Court and the U.S. Court of Appeals for the Eleventh Circuit. He authored a three-part series of articles that exposed rampant use of drug dealers and criminals turned paid informants by local and federal law enforcement authorities, which led to Congressional oversight hearings. A related series of articles by Mark contributed to a wrongly convicted death row inmate being freed.

The Dallas Morning News made Mark its national legal affairs writer in 1996. For more than six years, Mark wrote extensively about the tobacco litigation, alleged price-fixing in the pharmaceutical industry, the Exxon Valdez litigation, and more than 25 cases before the Supreme Court of the United States. Mark also authored a highly-acclaimed 16-part series on the future of the American jury system. As part of his extensive coverage of the tobacco litigation, Mark unearthed confidential documents and evidence showing that the then Texas Attorney General, Dan Morales, had made a secret deal with a long-time lawyer and friend in which the friend would have profited hundreds of millions of dollars from the tobacco settlement. As a direct result of Mark’s articles, the U.S. Department of Justice opened a criminal investigation, which led to the indictment and conviction of Mr. Morales.

For the past 25 years, Mark has been a senior contributing writer for the ABA Journal, which is the nation’s largest legal publication. His articles have been on the cover of the magazine more than a dozen times. He has received scores of honors for his legal writing, including the American Bar Association’s Silver Gavel Award, the American Judicature Society’s Toni House Award, the American Trial Lawyer’s Amicus Award, and the Chicago Press Club’s Headliner Award. Twice, in 2001 and 2005, the American Board of Trial Advocates named Mark its “Journalist of the Year.”

Mark’s book, Contempt of Court, tells the story of Ed Johnson, a young black man from Chattanooga, Tenn., in 1906. Johnson was falsely accused of rape, railroaded through the criminal justice system, found guilty and sentenced to death – all in three weeks. Two African-American lawyers stepped forward to represent Johnson on appeal. In doing so, they filed one of the first federal habeas petitions ever attempted in a state criminal case. The lawyers convinced the Supreme Court of the United States to stay Johnson’s execution. But before they could have him released, a lynch mob, aided by the sheriff and his deputies, lynched Johnson. Angered, the Supreme Court ordered the arrest of the sheriff and leaders of the mob, charging them with contempt of the Supreme Court. It is the only time in U.S. history that the Supreme Court conducted a criminal trial.

AT&T and the SEC announced they have agreed to settle a lawsuit that accused the Dallas-based telecom giant of selectively leaking confidential financial information to Wall Street analysts in hopes of potentially manipulating revenue projections during the first quarter 2016. Two AT&T in-house counsel and a slew of lawyers from Norton Rose Fulbright, Tillotson Johnson & Patton, Willkie Farr and Haynes and Boone represented AT&T and its executives.

Baker Botts became the first Texas-based law firm to announce year-end bonuses to associates. The Houston-based firm, in a Dec. 2 memo by Baker Botts managing partner John Martin, said associates hired out of law school in 2021 will get a $20,000 bonus this holiday. The scale accelerates up to $115,000 bonuses for seven- and eight-year associates hired in 2015 and before.

For nearly two decades, David Peavler has roamed the offices of the U. S. Securities and Exchange Commission’s Fort Worth Regional Office – first as a rookie lawyer in its enforcement position, later as assistant regional director and for the past three-and-a-half years as the head of the office. The SEC announced Thursday that Peavler is stepping down as the director of the Fort Worth Regional Office this Saturday. Associate regional directors Eric Werner and Marshall Gandy will fill the role until a replacement is announced. Experts say Peavler scored huge successes during his time at the SEC and his departure is a major loss.

The Texas Lawbook Team Gives Thanks

When I started The Texas Lawbook 11 years ago this month, I had no idea what I was doing. My team may tell you that I still don’t. But the success The Lawbook has achieved seems like a miracle.

The reason: The Lawbook team. Without them, I would be operating a blog that not even my parents would pay to read. This week, I celebrate Thanksgiving because of my colleagues.

A three-judge panel of the Fifth Circuit ruled Monday that a class action lawsuit pending against Southwest Airlines and the Boeing Company should be dismissed because the plaintiffs suffered no actual damages. Southwest CLO Mark Shaw told The Texas Lawbook the decision is a major win for the airline and he praised three Southwest in-house counsel and lawyers at Norton Rose Fulbright.

The deans at Texas law schools are declining to take a stand regarding allegations that the U.S. News law school rankings system is biased, flawed and hurting the future of the legal profession. Law deans at Yale, Harvard, California-Berkeley, Georgetown, Stanford and Columbia have quit participating in the rankings. Leaders at all but one of the 10 law schools in Texas declined to comment to The Texas Lawbook.

In yet another example of the massive complex litigation stemming from 2021’s Winter Storm Uri, the U.S. Court of Appeals for the Fifth Circuit is being asked to balance the usually broad authority of federal bankruptcy judges in restructuring cases against the potential sovereignty of Texas energy regulators to set rates. Canadian energy retailer Just Energy and the ERCOT squared off Tuesday before a three-judge panel in a dispute over whether a Houston bankruptcy judge can order ERCOT to repay Just Energy up to $335 million from payments made following the February 2021 storm.

Paul Yetter was a thriving young partner at Baker Botts in 1997 when he faced a decision: Drop a big client or leave one of the most prestigious corporate firms in Texas. He chose the later and this year Yetter Coleman, now a highly-respected 50-lawyer boutique in Houston, is celebrating its 25th anniversary. The Texas Lawbook recently interviewed Yetter about the firm’s successes and challenges during the past quarter century, why he thinks Yetter Coleman survived and thrived and what still lies ahead.

The three Republican incumbent justices on the Texas Supreme Court easily won re-election Tuesday, but the district courts of appeals seem to have provided mixed results for the two political parties. Republican candidates for the Houston courts of appeals appear to be cruising to victory, as do Democratic appellate candidates in Dallas and Austin. The voters in San Antonio split their votes. And incumbent Texas Supreme Court Justice Rebeca Huddle received more votes than any other candidate statewide.

Natalie shares why she wanted to take on the new beat, how the public service bucket is different from pro bono and issues of particular importance to her.