Mark is the author of the best selling book Contempt of Court: A Turn-of-the-Century Lynching That Launched a Hundred Years of Federalism. The book received the American Bar Association’s Silver Gavel Award and numerous other honors. He also is a frequent lecturer at bar associations, law firm retreats, judicial conferences and other events. His CLE presentations have been approved for ethics credit in nearly every state.

From 1988 to 1994, Mark was the legal affairs writer for the Atlanta Journal-Constitution, where he covered the Georgia Supreme Court and the U.S. Court of Appeals for the Eleventh Circuit. He authored a three-part series of articles that exposed rampant use of drug dealers and criminals turned paid informants by local and federal law enforcement authorities, which led to Congressional oversight hearings. A related series of articles by Mark contributed to a wrongly convicted death row inmate being freed.

The Dallas Morning News made Mark its national legal affairs writer in 1996. For more than six years, Mark wrote extensively about the tobacco litigation, alleged price-fixing in the pharmaceutical industry, the Exxon Valdez litigation, and more than 25 cases before the Supreme Court of the United States. Mark also authored a highly-acclaimed 16-part series on the future of the American jury system. As part of his extensive coverage of the tobacco litigation, Mark unearthed confidential documents and evidence showing that the then Texas Attorney General, Dan Morales, had made a secret deal with a long-time lawyer and friend in which the friend would have profited hundreds of millions of dollars from the tobacco settlement. As a direct result of Mark’s articles, the U.S. Department of Justice opened a criminal investigation, which led to the indictment and conviction of Mr. Morales.

For the past 25 years, Mark has been a senior contributing writer for the ABA Journal, which is the nation’s largest legal publication. His articles have been on the cover of the magazine more than a dozen times. He has received scores of honors for his legal writing, including the American Bar Association’s Silver Gavel Award, the American Judicature Society’s Toni House Award, the American Trial Lawyer’s Amicus Award, and the Chicago Press Club’s Headliner Award. Twice, in 2001 and 2005, the American Board of Trial Advocates named Mark its “Journalist of the Year.”

Mark’s book, Contempt of Court, tells the story of Ed Johnson, a young black man from Chattanooga, Tenn., in 1906. Johnson was falsely accused of rape, railroaded through the criminal justice system, found guilty and sentenced to death – all in three weeks. Two African-American lawyers stepped forward to represent Johnson on appeal. In doing so, they filed one of the first federal habeas petitions ever attempted in a state criminal case. The lawyers convinced the Supreme Court of the United States to stay Johnson’s execution. But before they could have him released, a lynch mob, aided by the sheriff and his deputies, lynched Johnson. Angered, the Supreme Court ordered the arrest of the sheriff and leaders of the mob, charging them with contempt of the Supreme Court. It is the only time in U.S. history that the Supreme Court conducted a criminal trial.

Senior Editor and Writer for The Texas Lawbook

Prominent legal and investigative journalist Allen Pusey is joining The Texas Lawbook as a senior editor and writer starting today.

Pusey retired in December as the editor and publisher of the ABA Journal, which is the nation’s largest circulation legal publication. Before his decade with the Journal, Pusey spent 26 years as a reporter and editor at The Dallas Morning News, where he was a special projects editor and covered the Supreme Court of the United States.

A former director at the Center for Public Integrity, Pusey brings extraordinary experience and knowledge of the legal industry to The Texas Lawbook. Our readers are now the beneficiaries of his amazing talent as a writer and editor.
“Texas is in the midst of redefining itself in the business universe, and the legal profession is a vital part of that,” he says. “With the steady decline in resources of the more traditional press, a niche has emerged that The Texas Lawbook is ready to fill. TLB is not only covering the legal and regulatory issues being sorted out by Texas lawyers, but, as near as I can tell, it is pretty much defining the competition between them.”

Staff Writer for The Texas Lawbook

Natalie Posgate joined The Texas Lawbook in June 2012 as a staff writer. She is a recent graduate of Southern Methodist University, where she got her B.A. in convergence journalism.

The business law community in Texas has not been short of teaching Natalie of its newsworthiness since her starting date at TLB. Some stories Natalie has covered in the past two years include the SEC’s insider trading trial against Mark Cuban; the billion-dollar legal battle between Energy Transfer Partners, Enterprise Products and Enbridge regarding a partnership dispute on a failed pipeline joint venture; the unmet legal needs in the North Texas Hispanic business community; and the ouster, search and replacement of the SMU Dedman School of Law’s dean of 15 years and how it impacted the legal community in the area. Though not a lawyer, Natalie completed Journalist Law School at Loyola Law School in Los Angeles in June 2014.

Weeks before her May 2012 graduation from SMU, Natalie co-wrote an investigative story about sexual assault on campus for the university’s student newspaper with fellow staffer Brooks Igo that was picked up by local news stations, Texas Monthly, The Dallas Morning News, Pegasus News and the Student Press Law Center. It received a 1st place Texas Intercollegiate Press Association (TIPA) Award for In-Depth Reporting.

While at SMU, Natalie served as the copy editor for Rotunda yearbook for two years, and frequently contributed to the student newspaper, The Daily Campus. She received two Texas Intercollegiate Press Association (TIPA) Awards for her coverage in Rotunda, and contributed to a class digital journalism project in 2011 that won the Society of Professional Journalists’ First Amendment Award for online in-depth reporting on campus crime. 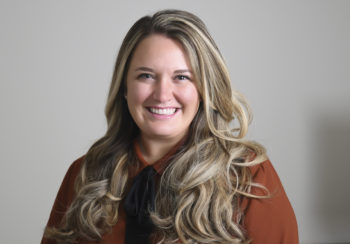 Anna Butler is the corporate transactions reporter for The Texas Lawbook, covering mergers and acquisitions and capital markets. Anna is the former managing editor of the Dallas Business Journal, where she led day-to-day newsroom operations, audience engagement strategies and paid subscription growth. A seventh-generation Texan, Anna grew up in central Austin. She studied History, Latin and Art History at Wake Forest University in North Carolina before graduating from the French Culinary Institute in New York. She lives in Lakewood with her beagle, Finnston Furchill. 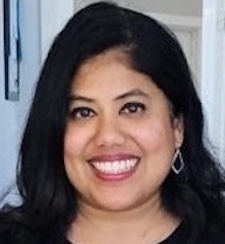 Nushin is a former business and energy editor and writer with Bloomberg and S&P Global Platts. During her 14-year career, she has written about oil and gas, healthcare, corporate taxes and environmental regulatory matters. She has also covered state legislatures in Louisiana and Mississippi.

Janet Elliott writes about the Texas Supreme Court and litigation for The Texas Lawbook. Janet is a veteran journalist who has covered law and business for publications including the Houston Chronicle, the Wall Street Journal and Texas Lawyer. Janet has a bachelor’s degree in journalism from the University of Missouri. She lives in Austin.

Tony Mauro has covered thousands of court cases during his nearly five decades as a legal journalist – from Tiny Tim’s divorce to Bush v. Gore. He’s dined with Supreme Court justices and authored multiple books on the nation’s highest court. As a contributing writer for The Lawbook, Mauro plans to publish articles about the Supreme Court and the Supreme Court Bar that have a specific Texas focus.

Mauro has written for the National Law Journal and USA Today.

Publisher for The Texas Lawbook

Brooks graduated from SMU, where he studied business and journalism. Two months after the launch of the Lawbook and the beginning of his last semester at SMU, Brooks interned with Mark, Sally and the Lawbook. After joining the team full-time, he has worked to build relationships in the Texas legal community and help grow the publication’s readership to more than 13,000 subscribers.

Brooks is on the steering committee for the Dallas chapter of the Legal Marketing Association’s Southwest Region; serves on the boards of The Well Community and the Salvation Army Oak Cliff Corps; and is a supporter of Advocates for Community Transformation (Act).

He, his wife Ashley and daughter June live in Oak Cliff with their pack of rescue dogs and pig.

Sally Selio is the office manager of The Texas Lawbook. Sally handles subscription payments, subscription databases and personnel matters. She also supervises all Texas Lawbook events, including CLE programs and receptions. Sally can be contacted at 469-999-2426 or sally.selio@texaslawbook.net.

Senior Writer for The Texas Lawbook

Claire Poole is a business writer based in Houston. She previously was a senior writer at The Deal, where she spent 16 years covering mergers and acquisitions, private equity and investing in the energy sector. Before The Deal, she worked as a reporter and staff writer at Forbes, was editor of El Financiero International and Mexico Business and was a contributing editor at LatinTrade. She also contributed articles to Money, Worth, BusinessWeek and Texas Monthly. 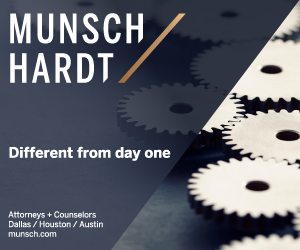