In orders issued Friday morning, the Texas Supreme Court granted a request from Houston Baseball Partners to drop its claims against Comcast and NBC. That means the case now pits current owner Jim Crane against the man who sold him the team, Drayton McLane.

In this edition of Litigation Roundup, a short-lived trademark infringement suit over the name of a Dallas restaurant settles, a trade secrets dispute marches toward a jury trial in Fort Bend County and a judge in Midland gets chided for a procedural misstep in granting a change of venue request.

The global litigation funder expanded to Dallas this month with the addition of Holland & Knight litigator Natalie Parker. She joined Michael Miles — who joined Omni Bridgeway this summer from Enbridge, where he was associate general counsel of litigation, labor and employment — and Amy Geise for a conversation with The Lawbook about the increasing prevalence of litigation finance in Texas and emerging trends in the industry. 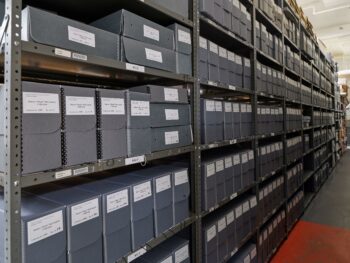 Last week, the Smithsonian’s National Museum of American History announced that it has accepted a massive blues and folklore archive gifted by Baker Botts client Susannah Nix, the daughter of the late prominent folklorist Robert “Mack” McCormick. Nix and her lawyers spoke with Natalie Posgate about the donation and the legal work that went into it.

After being dragged into six fights by a former associate who alleges he’s owed back wages — before the labor commissions in California and Texas, the bar associations in each state and courts there — the Berg & Androphy partner David Berg is asking a Harris County district judge to sanction Justin Carl Pfeiffer. In an answer and counterclaim filed Monday, Berg referred to Pfeiffer as “unhinged” and a “vexatious litigant” who “harasses all whom he claims have wronged him.”

In this edition of Litigation Roundup, the U.S. Court of Appeals for the Fifth Circuit found the insulated power structure of an agency meant to protect racehorses facially unconstitutional, Oncor was found liable for a tree trimmer’s injuries and a closely watched insurance case is teed up before the Texas Supreme Court.

U.S. District Judge Charles Eskridge kept the nonpartisan voting rights group from attending Wednesday’s ceremony at the M.O. Campbell Center, departing from decades of tradition that historically allows new citizens to register to vote right away in a simple and easy manner.

On their second day of deliberation, jurors in the court of state District Judge Monica McCoy Purdy awarded damages of $3.94 million to the family of electrician Gabriel Vela, who was killed in 2019 while working at a West Texas midstream energy plant. However, because the jury found Vela 51 percent responsible for his death, the defendants will not be liable. Bruce Tomaso reports.

Wrongful Death Suit Over Worker’s Electrocution is a Grab for a ‘Champagne and Caviar Lifestyle,’ Defense Lawyer Says

In closing arguments, attorneys for a West Texas midstream gas facility say electrician Gabriel Vela died because of his own negligence. A plaintiff’s attorney counters that the gas plant’s conduct was ‘the grossest of gross negligence’ he’s seen in 34 years of practice.

Since U.S. District Judge Robert Pitman ruled that Evan P. Jowers improperly poached business from his former boss, Robert E. Kinney, Jowers has filed a new lawsuit in Florida and a motion for a protective order, alleging that Kinney threatened his family. Kinney, in turn, is seeking sanctions against Jowers and his current and former lawyers.