From Rudy Kos Comes A Call: “Let’s Talk After All”

(July 20) – When the phone rang, the caller was just about the last person Brooks Egerton expected.

It was late on a Friday in May of 1997. Egerton, a reporter for The Dallas Morning News, had just returned from San Diego, where he’d spent several fruitless days trying to track Kos down.

A civil lawsuit against Kos and the Catholic Diocese of Dallas had just gone to trial, but without its title character. Kos, a suspended priest and suspected child molester, never responded to the suit, never showed up at the Dallas County courthouse. As a result, Judge Anne Ashby had entered a default judgment against Kos, holding him liable for the repeated sexual abuse of the plaintiffs, most of them former altar boys.

Egerton, aware of Kos’s no-show, had persuaded Walt Stallings, then the metro editor of The News, to send him to California in hopes of landing an exclusive interview with the fallen cleric.

The bishop of Dallas had stripped Kos of all priestly duties in the fall of 1992. A lifetime of deviant behavior with boys, many of them teenagers, but some as young as 9 or 10, had, at last, caught up with him. He chose San Diego as the place where he’d build a new life — or maybe just hide from his old one.

When the civil trial began back in Dallas, Kos was 52, living with a man 14 years his junior in a small one-bedroom apartment near San Diego’s downtown. His tiny circle of California friends knew him as “Rudy Edward,” the alias he’d adopted. He worked as a freelance paralegal, but there were gaps between jobs. Unable to afford a car, he mostly got around on foot. He moved from one rental property to the next, hoping to throw off the private detectives who occasionally arrived from Dallas.

For days, he managed to avoid Egerton. The reporter located Kos’s apartment and knocked on lots of doors, but never caught up with his subject. Egerton left his business card at several stops, not expecting that it would do any good.

On Friday, he flew back to Dallas empty-handed.

By that afternoon, Egerton was at his desk at The News, trying to piece together some sort of Kos story from the bits he’d collected in San Diego. He wanted to wrap it up quickly. His vacation, a backpacking trip to New Mexico, was starting the next day.

“Kos wanted me to get on a plane and go back out there,” Egerton recalled in an interview last month.

“I said I didn’t think my bosses would go for that. I’d just wasted three or four days in San Diego. Besides, I told him, I’m going on vacation in a few hours. So if you want to talk, do it now.”

And talk Kos did — for the next two hours.

To this day, Egerton doesn’t know what led Kos to dial his number. Or why the priest, facing a certain civil judgment and, in all likelihood, criminal prosecution, would open up to a reporter. (Within a year, Kos would be convicted of aggravated sexual assault and imprisoned for life. He is serving that sentence in the Estelle Unit, a state penitentiary in Huntsville.)

Throughout the interview, Kos alternated — careened, really — between professing his innocence and admitting his guilt, between expressing remorse to his victims and painting himself as the victim.

• He denied that he was “a fixated pedophile” or “a hardened criminal.” But he refused to discuss “which ones I had sex with.”

• He said he’d undergone therapy and overcome his attraction to boys. Still, on his walks, he made sure he crossed to the other side of the street if he saw children approaching.

• He said, “I accept responsibility for anything I may have done. I’m sorry for that.” But he denied even knowing two of his 11 accusers, claiming they were just “along for the ride,” angling for a cut of any monetary damages.

• He dismissed as “absolute nonsense” the sworn statements of victims who said he supplied them with drugs and alcohol before advancing on them physically.

• He described his San Diego roommate as his lover, while claiming to be celibate.

• He said he tried “not to blame anybody else” for his downfall. But he faulted the diocese for suspending him, thus cutting off his financial support. “They have an obligation to me to take care of me for life,” he said.

“Once baptized, always baptized. Once a priest, always a priest. Once a Catholic, always a Catholic.”
Once Kos hung up, Egerton had to scramble. It was late. He had two hours’ worth of material to sort through — the first public statements from Rudy Kos in the four years since he’d been sued.

Egerton stayed up writing all night. The result was a lengthy, exclusive story that ran on the front page of The News on Sunday, May 25, 1997.

After turning in his story, he left to go hiking in New Mexico.

Brad Lollar, Kos’s criminal defense lawyer, was surprised, and not in good way, when he picked up the Sunday paper and saw what his client had done.

“I was mad that he’d talked to Brooks,” Lollar told the Texas Lawbook. “Defense lawyers get mad whenever our clients talk about the case, because whatever they say ties our hands going forward.

In October of 1997, less than three months after the verdict in the civil trial, Kos was arrested in San Diego on eight warrants charging him with aggravated sexual assault and indecency with a child. He waived extradition and was returned to Dallas. He pleaded guilty to three of the charges before trial and, on March 28, 1998, was found guilty of the rest, save one of the indecency counts.

Though Egerton’s story was never admitted as evidence in either the civil or the criminal case, and appears to have played no formal role in either, Lollar said that in general, publicity about his client — a Catholic priest accused of molesting children — made his job a tough one.

“Rudy’s criminal case was difficult to start with, because it came after the civil trial,” he said.

“By then, everyone had heard of Rudy Kos. I believe that affected his ability to get a fair trial in Dallas. We thought about filing for a change of venue, but, to be honest, I don’ t think it would have made any difference if we’d held the trial anywhere else.”

“What Rudy Kos did was unconscionable. But in a weird way, I kind of feel sorry for him,” Egerton told the Texas Lawbook.

“Not because he’s innocent. He isn’t. But there were many, many guilty people who didn’t end up with long prison sentences.

“Kos was no worse than many of his fellow clerics who abused kids. He certainly wasn’t the worst of the worst. And the church hierarchy looked the other way for decades while the abuses continued. None of them went to prison.

“Somehow, Rudy Kos was the guy who became the symbol of it all.”

Egerton — now retired from the newspaper business and living in Sewanee, Tenn., where he works as a writer — said that after 20 years, “the great unanswered question” remains: Has the Catholic Church yet dealt with the horror of priests’ raping children?

The Kos case, together with others across the country and around the world, created a global crisis for the church. The U.S. Conference of Catholic Bishops, in concert with the Vatican, adopted numerous reforms: “zero-tolerance” policies, stricter reporting requirements, mandates to swiftly remove offending priests, prohibitions against secret settlements of abuse complaints, safe-environment training for clergy and lay workers, outreach efforts to comfort victims and their families, annual audits to measure compliance with all of it…

But how effective have the changes been?

Is the rectory, the church outing, the classroom or school playground truly safe for children?

“I hope so,” Egerton said. “But I don’t have great confidence that it is.”

A chronic, growing shortage of priests provides temptation for seminaries to, in Egerton’s words, “take whatever slides in under the door.” In 1990, there were more than 52,000 Catholic priests in the United States. Last year, the official count was 35,815.

Meanwhile, the number of Catholics is swelling, thanks largely to booming Latino communities. Between 1990 and 2008, the church added 11 million worshippers to its rolls. (There are now roughly 70 million U.S. Catholics — more than a fifth of the nation’s population.)

With more parishioners to serve and fewer pastors to serve them, the church has increasingly turned to foreign-born priests, many from developing nations. A fourth of all U.S. priests, and a third of all new priests, now come from other countries — from India and Sri Lanka, Vietnam and the Philippines, Nigeria and Kenya, Mexico and Colombia, Poland and Spain.

That worries Egerton. One of the reforms adopted by U.S. bishops was a requirement that priests, along with other church workers, submit to criminal background checks.

The bishops boast of a 98.7 percent compliance rate among priests. “But I just don’t see how you do adequate background checks on people coming from halfway around the world,” Egerton said.

Once Kos was locked away, he was largely forgotten. The press moved on. New scandals displaced the old ones from the nightly newscasts and morning headlines. They always do.

Egerton stuck with the story behind the story: Often working with Reese Dunklin, a fellow reporter at The News, he spent years chronicling the scope of the sex-abuse crisis in Dallas and beyond. Their reporting exposed grotesque schemes by church leaders to shield pedophile priests by hiding their crimes from police, the public, even their own parishioners.

Their efforts paralleled those of a handful of investigative journalists around the country — at The Boston Globe (whose award-winning work was dramatized in the 2015 movie Spotlight), the Los Angeles Times, National Catholic Reporter, and other publications.

At the very least, the press scrutiny made life harder for bishops who sought to keep the truth buried inside their chanceries. Cover-ups, by definition, fail the moment people learn of them. Public outrage over the church’s history of concealment no doubt helped drive more than a few mitred shepherds from office.

Cautiously, Egerton concedes as much.

“I do hope some good came out of the coverage,” he said, “even though I’m not an optimist by nature.” 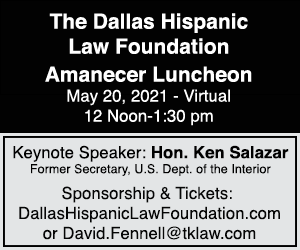