Finalist: Outstanding Corporate Counsel of the Year for Diversity

And then there is Juanita Harris.

For three decades, Harris has taken a hands-on approach to diversity – from personally mentoring teenagers and working on fundraisers supporting scholarships for minority law students to establishing best principles and proactive programs for corporate legal departments and law firms. 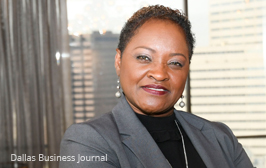 A 16-year veteran of the AT&T legal department, Harris is widely viewed within the corporate law community as one of the leading and most authoritative voices on diversity. As one of the leaders of diversity and inclusion efforts for the telecomm giant’s legal operations, she commands respect and influence from in-house counsel and law firms that work for AT&T.

Five separate business lawyers who nominated Harris and the AT&T legal department for the 2017 Outstanding Corporate Counsel Award for Diversity point to one key factor: she eagerly and aggressively practices what she preaches.

“Harris’s commitment to advancing diversity and empowering others isn’t something that exists solely on paper either – it is a core part of who she is and she uses her vast network and connections within AT&T and the legal profession to empower other attorneys to advance in their own careers,” says BakerHostetler partner Rachel Smith. “Harris walks the walk when it comes to advancing diversity, and she goes to great lengths to empower and mentor diverse attorneys from all walks of life.”

Recognizing the extraordinary impact Harris has made by helping the legal profession in North Texas understand and address the issues involving diversity, the Dallas-Fort Worth Chapter of the Association of Corporate Counsel and The Texas Lawbook are pleased to recognize her as a finalist for the award. The winners will be announced Thursday, Jan. 25, at the Bush Institute.

“Juanita is simply a force of nature,” says Haynes and Boone partner Anne Johnson. “Throughout her career, Juanita has used her power to elevate the careers of others, particularly diverse attorneys. She is a role model, a mentor and a friend to countless women lawyers in Dallas. She has tremendous energy and spirit, but never seeks the spotlight.”

Harris, in an interview with The Texas Lawbook, gave credit to AT&T General Counsel David McAtee, who signed in 2016 the Leadership Council on Legal Diversity Membership Commitment Statement, which sets out the commitment of chief legal officers and law firm managing partners to materially improve the legal profession’s diversity and inclusion performance.

McAtee has made it clear that he wants his legal department to proactively eliminate impediments that preclude people from diverse backgrounds from having a full opportunity to perform, succeed and lead. He says the work by Harris and the legal department’s diversity and inclusion group are having an impact.

A 1981 graduate of the University of North Texas, Harris worked for several years as an accountant before going to Texas Southern University’s Thurgood Marshall School of Law in 1991.

The U.S. Justice Department hired Harris in 1994 and moved her to Washington, D.C. to work for seven years as a lawyer in the antitrust division, where she was involved in several high-profile merger reviews and investigations involving alleged anti-competitive practices.

In 2001, AT&T came calling, hiring Harris to be part of the legal department in Washington, D.C. In 2003, she moved to Dallas, where she currently serves as assistant vice president and senior legal counsel and provides employment law advice to corporate officials about diversity, inclusion, affirmative action issues and Title VII matters related to the 300,000 people working at AT&T.

Harris’ passion for diversity dates back to her time as an accountant, when she mentored a high school student as part of the INROADS program. The student became a CPA and eventually the chief financial officer of a successful business. When Harris was a trial lawyer at the DOJ, she mentored a paralegal who is now an enforcement attorney at the U.S. Securities and Exchange Commission.

“The greatest impact comes with one-on-one interaction with lawyers,” she says. 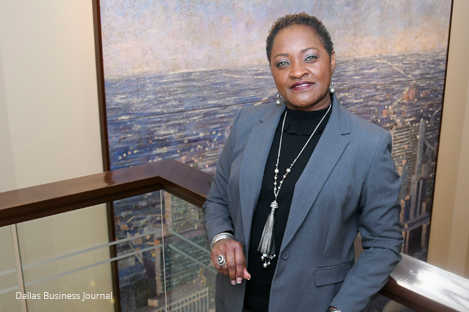 Harris points out that law firms often complain that there are too few minority lawyers to hire, but they do not understand that the problem has deep roots.

“Law firms generally want to do the right thing, but they don’t know what to do or where the problem begins,” she says. “It’s always the pipeline. We need to start grooming young people much earlier and much lower in the pipeline. By the end of college, students have made decisions – or missed making decisions – that could lead them to go to law school or become lawyers.

“High school is a great place to start, but we need to go even lower to junior high,” she says. “The earlier we can expose kids to lawyers, the better success we will have.”

AT&T approaches diversity in several ways. The legal department holds dozens of mentoring and outreach programs annually targeting high schoolers and college students to help them with everything from LSAT prep scholarships to merit-based scholarships for law students.

As part of its Preferred Counsel program, AT&T requires the law firms that do legal work for the company to be transparent in their diversity efforts and demands that the lawyers working on its matters be diverse.

“Our billing system also is able to give us a robust, detailed view on how diverse the law firms’ teams are that are working on our business, how many of their hours are actually being billed by diverse lawyers, and how senior they are,” Harris says. “That data works well in conjunction with our annual assessments of our outside firms, and the conversations we have with them, to give us a good idea of what our outside firms are doing in this area.”

Harris points out that AT&T’s diversity efforts have evolved over the years and become more focused and strategic.

“Diversity and inclusion is a priority at AT&T,” she says. “We also understand that we certainly can and should do more.”