Tasha Grinnell stood before the Hawaii Legislature 33 years ago explaining for 15 minutes why the state needed to make Martin Luther King’s birthday an official state holiday.

Standing beside Grinnell that day in Honolulu was Coretta Scott King, wife of the slain civil rights leader, who testified that it was “time to stand up and stand out.”

Grinnell was only 12, but it was clear that she would become a lawyer and a leader. And 33 years later, it is also clear that she followed Mrs. King’s advice for her own life.

“My parents taught me at a very young age that I was a worthy advocate for the people,” she said. “When I was in sixth grade, my parents allowed me the opportunity to address Hawaii’s legislature in support of a proposal that the third Monday of January would be recognized as an official state holiday. Our success was the primary factor in my decision to practice law.”

Her predecessor, Tracy Preston, left the Dallas luxury retailer last week to be the new general counsel at North Carolina-headquartered HanesBrands. Preston joined Neiman Marcus eight years ago after she had been at Levi Straus for 11 years.

“Tracy has had a tremendous impact on my personal and professional development,” Grinnell, who previously served as assistant general counsel at Neiman Marcus, told The Texas Lawbook in an exclusive interview.

“As an organization, Neiman Marcus Group leads with love,” she said. “Tracy not only leads with love but also with kindness, intelligence and humor. She provides constructive feedback, resources, and empowers her associates to be confident leaders.”

“I joined Neiman Marcus last March and the very next week, the country was on lockdown,” she said. “As disruptive as the pandemic has been, there are silver linings. It gave me the opportunityto jump right in right away and get to know the company and the store leaders.

“I had no other choice but to get a crash course in everything Neiman Marcus and became fluent in crisis turnaround,” she said.

Grinnell was born in Germany. Her father was a career officer in the U.S. Army and her mother was a special education teacher and later a school administrator. Both are now retired.

Grinnell went to college at Hampton University and law school at the University of South Carolina.

After clerking for an appellate judge in South Carolina, Grinnell joined Chubb Insurance as a lawyer managing the company’s litigation docket.

“The majority of my legal career has been in-house,” she said. “I enjoy the benefits of intimately working for a single client. Working in-house allows me to not only provide legal advice but to wear the hat of a business advisor.  My understanding of each company’s business strategies allows me to directly shape future business strategies and goals, which is extremely rewarding.”

She had barely finished orientation when the pandemic hit. Stores needed to be closed. Employee furloughs were needed. Bankruptcy was unavoidable. A major corporate restructuring was done. Stores reopened, but with different restrictions and guidelines for each of them.

“We operate in almost 20 states. Within one state, there may be three or four different counties – each withunique mandates and guidelines,” she said. “I sent out daily updates to store managers, rolled out company policy and guidelines, procured vendors to assist with on-site testing, and assisted with corporate-wide communications.

“We needed to provide guidance on creative ways to sell products, whether customers were allowed in the stores and, if so, at what percentage of occupancy. Can the spa open? Could we serve food?”

Grinnell said she leaned on lawyers at Jackson Walker, Jones Day and Littler Mendelson for advice and guidance.

“Because we thankfully don’t have pandemics very often, there are very few legal experts and case law to provide direction,” she said.

The financial pain caused by the pandemic hit Neiman Marcus and so many other businesses deeply.

Citing Covid-19 as the primary reason, Neiman Marcus Group filed for Chapter 11 bankruptcy on May 7 in the Southern District of Texas. The company hired Kirkland & Ellis and Jackson Walker to lead it through the court-ordered restructuring, which included an agreement with $675 million in debtor-in-possession financing.

Neiman Marcus CEO Geoffroy van Raemdonck, in a statement issued the day of the bankruptcy filing, said the luxury department store “was making solid progress on our journey to long-term profitable and sustainable growth” prior to the pandemic.

“We have grown our unrivaled luxury customer base, expanded our industry-leading customer relationships, achieved higher omni-channel penetration and made meaningful strides in our transformation to become the preeminent luxury customer platform,” he said. “However, like most businesses today, we are facing unprecedented disruption caused by the COVID-19 pandemic, which has placed inexorable pressure on our business.”

“We filed for bankruptcy during the pandemic and needed to ensure that we successfully completed the Chapter 11 proceedings and emerged healthier and ready to move forward, and we did exactly that in under five months,” Grinnell said.

As The Texas Lawbook reported last month, the fees Neiman Marcus had to pay its legal and financial advisors topped $62 million. That is a lot except for the fact that the advisors helped the company eliminate $4 billion of debt.

“Our partners at Kirkland & Ellis were excellent and constantly available, even at 11:30 at night,” Grinnell said. “Because of our strong leadership and the great work of our partners, we were able to quickly emerge.

“There was never a dull moment,” she said. “We always had to be ready to pivot, and we learned to pivot a lot. But what a difference a year makes. I am blessed to be at the right place at the right time with the right people.”

Just as the U.S. faced civil justice issues, Grinnell and her family came face-to-face with racism in 2020.

On the last Friday in May, Grinnell’s teenaged daughter and a handful of her friends – all African Americans – were at a Sonic restaurant in North Dallas where they were about to order some slushes and food when a Sonic employee told them they needed to leave or he would call the police. They did so peacefully.

Sonic’s recorded video showed two things: that Grinnell’s daughter and her friends did nothing wrong and that the Sonic employee did not make the same threat against two other groups of teenagers also in the Sonic parking lot. Those teens were white.

The event led to Sonic executives apologizing multiple times to the teenagers and their parents.

Coretta Scott King – “Stand up and stand out” – was proud of Grinnell 33 years ago and she would have been proud of now as a mother and a lawyer.

“As a Black woman, you always feel the need to knock down barriers or the pressure to have to prove yourself, to show that you are extra qualified and that you can do the job,” Grinnell said. “The leadership at Neiman Marcus has shown that they value diversity while focusing on getting the job done.”

“One of the many great things about Neiman Marcus Group is that senior leaders prioritize building a diverse leadership team and make every effort to build strong leaders so that we can promote from within,” she said. “”I am very thankful that Geoffroy and the leaders have trust in me during this time of transition. We have so many great things going on.”

Grinnell admitted that there are a few additional perks for being a corporate leader at Neiman Marcus.

“I have become a lot more fashion-savvy during the past year. When we finally get to go back to conferences or court, I can tell you that my suit and shoe game is going to be exquisite.” 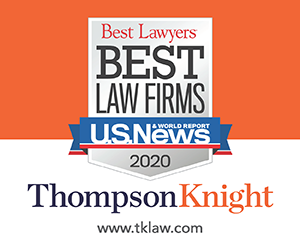