Bruce Tomaso spent more than 30 years as a writer and editor at The Dallas Morning News. When asked what positions he held there, he usually says it’s easier to list those he didn’t.

As enterprise editor on The News’s breaking news desk in the summer of 2016, he played a key role in covering the downtown shooting spree that left five police officers dead. For its coverage, The News was a finalist for the 2017 Pulitzer Prize in Breaking News Reporting.

His first major reporting assignment for The Texas Lawbook was a retrospective on the 20th anniversary of the $119.6 million verdict for 10 young men who’d been molested as children by Rudy Kos, a priest in the Catholic Diocese of Dallas. The stories earned Bruce and his Lawbook editor, Allen Pusey, the Dallas Bar Association’s 2018 Stephen Philbin Award for Feature Writing.

In 2019, he covered the seven-week medical fraud trial of nine physicians, healthcare executives and others associated with Forest Park Medical Center, a now-defunct Dallas surgical hospital.

He’s a member of the Alumni Hall of Fame at Arizona State University’s Walter Cronkite School of Journalism and Mass Communication. He and his wife, Dallas attorney Patricia A. Nolan, have one grown son, who is smarter than either of them.

He will drop everything, including preposterous sums of money, to see Lady Gaga, Notre Dame football, or the U.S. Women’s National Soccer Team.

You can reach Bruce at bruce.tomaso@texaslawbook.net. 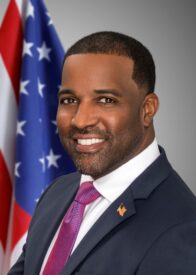 If confirmed by the U.S. Senate, as expected, Damien Diggs would be the first Black U.S. attorney in the 166-year-old Eastern District. 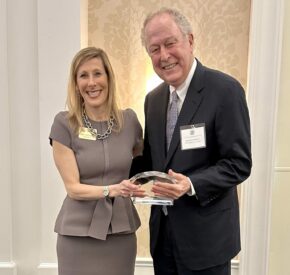 After eight aborted settings since 2017, the trial on bribery and kickback charges was under way in Dallas when a defense lawyer needed surgery. Rather than resuming after a monthlong delay — and making jurors work through the holidays — U.S. District Judge Sam Lindsay rescheduled the trial for next September.

On their second day of deliberation, jurors in the court of state District Judge Monica McCoy Purdy awarded damages of $3.94 million to the family of electrician Gabriel Vela, who was killed in 2019 while working at a West Texas midstream energy plant. However, because the jury found Vela 51 percent responsible for his death, the defendants will not be liable. Bruce Tomaso reports.

Wrongful Death Suit Over Worker’s Electrocution is a Grab for a ‘Champagne and Caviar Lifestyle,’ Defense Lawyer Says

In closing arguments, attorneys for a West Texas midstream gas facility say electrician Gabriel Vela died because of his own negligence. A plaintiff’s attorney counters that the gas plant’s conduct was ‘the grossest of gross negligence’ he’s seen in 34 years of practice.

Since U.S. District Judge Robert Pitman ruled that Evan P. Jowers improperly poached business from his former boss, Robert E. Kinney, Jowers has filed a new lawsuit in Florida and a motion for a protective order, alleging that Kinney threatened his family. Kinney, in turn, is seeking sanctions against Jowers and his current and former lawyers.

In opening statements in state court in Dallas, lawyers for the family of Gabriel Vela say EnLink Midstream cut corners in its rush to expand the plant. Defense lawyers say Vela’s actions led to his death.

In opening statements, the defense attorneys tell jurors in Dallas their clients did not write thousands of bogus prescriptions, for which the government was billed $196 million, as a federal indictment contends. 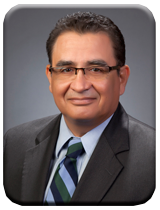 Long-awaited nominations are in to lead prosecutions for the Northern, Southern and Western Districts of Texas. Two of the nominees are veteran federal prosecutors; the third was El Paso’s DA for 27 years. Still to come: a nominee as U.S. attorney in the Eastern District. Bruce Tomaso has the details.

Long delayed by COVID, the trial involves what federal authorities say is a $158 million scam by doctors and pharmacies to bill a government workers’ insurance program for fraudulent, ultra-costly prescriptions.