Claire Poole is a senior writer at The Texas Lawbook, where she covers corporate transactions.

Claire Poole is a business writer based in Houston. She previously was a senior writer at The Deal, where she spent 16 years covering mergers and acquisitions, private equity and investing in the energy sector. Before The Deal, she worked as a reporter and staff writer at Forbes, was editor of El Financiero International and Mexico Business and was a contributing editor at LatinTrade. She also contributed articles to Money, Worth, BusinessWeek and Texas Monthly.

Atlas Technical Agrees to $1.05B Buyout by GI Partners

At best, 2022 was a mixed year for upstream M&A across the U.S., according to Enverus Intelligence Research. The numbers looked big, $58 billion across 160 deals. But the reality is that they were down, particularly in deal count, even when compared to pre-pandemic averages. The CDT Roundup takes a look at a few companies whose deals defined and, in some ways, defied the market, as well as the law firms that are advising them. Of course, there is the usual roundup of last week’s transactions.

Baker Botts counseled the company and Vinson & Elkins assisted the private equity firm on the deal, which at first blush makes sense given its valuation metrics and other factors, an analyst said.

The new year has arrived with an uptick in O&G deals, typified by this week’s sale by Chesapeake of Eagle Ford assets. This week’s CDT Roundup takes a look at that deal and discusses the near-term market for similar transactions with one of the lawyers who advised Chesapeake. And as always, there’s the CDT review of the week’s transactions and the lawyers who advised on them.

UPDATED Chesapeake Sheds Eagle Ford Assets to WildFire for $1.425B

Haynes and Boone advised the seller while Locke Lord assisted the buyer.

Maybe you haven’t heard of ProFrac; but you probably should. The company’s been on an acquisition tear of late, gobbling up producers of pumps and proppants at an eye-popping rate. CDT Roundup has their latest deals — and the lawyers and firms that advised them, along with the usual roster of last week’s transactions.

M&A in 2022 was down by a lot, especially in deal value. Post-pandemic 2021 was a record year, so some decline was more than possible. But according to Refinitiv, the 37 percent global decline in deal values from 2021 was, in fact, the worst year-over-year drop in value since 2001. This week’s CDT Roundup observes a few other ways in which 2022 stood out, as well as the names of 167 lawyers who helped forge the first deals of 2023.

The Mergermarket year-end polling is out and the results are optimistic. More than 60 percent of decision-maker respondents from 300 corporate and PE firms predict overall increases in M&A, despite the ongoing threat of inflation and continued geopolitical challenges. The CDT Roundup has details of the survey, as well as which markets they are predicting will prosper. As always, there are the names of Texas lawyers who advised on 14 deals reported last week. 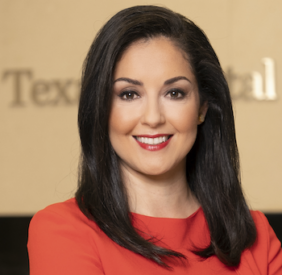 Last month Texas Capital Bank closed a $3.4 billion sale of its insurance premium finance unit, BankDirect Capital Finance. At the center of that transaction was Anna Alvarado, general counsel of TCB. In a Q&A with Claire Poole, Alvarado discusses that deal, her views on lawyers in the banking business and the steep trajectory of a work life that began picking grapes.

Houston-based NRG Energy made news last week with their $5.2 billion acquisition Vivint Smart Home Inc. The deal included the assumption of $2.4 billion in debt, and was immediately unpopular with the market, but the company says the deal’s expansion of its retail utility product line is worth the price. The CDT Roundup has the lawyers behind that deal, as well as 13 others and a bonus Q&A with Latham partner Ravi Purohit, who has reported several high-profile deals in recent weeks.