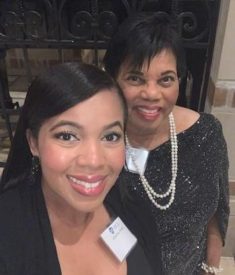 The Journey of Diversity: A Family Story

In 1970, a teacher you’ve probably never heard of left Clinton Park Elementary on the east side of Houston to teach at William B. Travis Elementary on the northwest side. Her name is Carolyn White. I call her mom. She was one of six Black teachers who were called “crossover teachers,” moved from all-Black schools to try to integrate predominantly white schools.

Sixteen years later, I was one of only two Black students at the school. Once I decided to become a lawyer, I had no idea that my childhood experiences would prepare me for what I would encounter in the legal profession.