Abortion, Texas Republicans and the Slaughterhouse Cases: A Collision Ahead

Despite the recent threats of conservative lawmakers to impose civil and criminal penalties on Texas residents seeking an abortion in another state, the privileges-or-immunities clause and the dormant commerce clause can protect interstate travel for those parties. But will they given the current makeup of the federal courts?

‘Meatspace,’ Cyberspace and the Dallas Court of Appeals

Cyberpunk fiction often calls the physical world “meatspace,” as distinct from the online world of cyberspace. Litigation does not observe that distinction. Disputes about personal jurisdiction often ask a court to review the interaction between the physical and online worlds. The Dallas Court of Appeals recently reviewed the current state of that important law in Shopstyle, Inc. & Popsugar, Inc. v. rewardStyle, Inc.

The start of Judge Andrew Oldham’s opinion in Hewlett-Packard Co. v. Quanta Storage captures the essence of high-stakes litigation. Faced with a major antitrust claim by Hewlett-Packard, “Quanta risked bet-the-company litigation and lost, so the district court ordered it to hand over the company.”

The Fifth Circuit recently confronted a classic “economic loss rule” problem under Texas law. While the case involved a dispute about the operation of a power turbine, the legal framework described by Golden Spread could easily set the ground rules for future business tort litigation arising from the COVID-19 crisis.

The Dallas Court of Appeals, in an 8-5 decision issued Thursday, granted review of a personal injury case and reversed the trial court’s no-evidence summary judgment for the defendant.

Did SCOTX Set the Rules for Coronavirus Exposure Litigation?

When a brown recluse spider bit Henry McCall, no one could have anticipated that the aftermath would shape the future of tort litigation. But that may well have happened in the recent Texas Supreme Court case of Hillis v. McCall. In addressing McCall’s spider bite, the court’s opinion sets legal rules that will likely control future cases involving novel coronavirus exposure.

Birds of a Feather Flock Together, Sometimes: Takeaways from Two Dallas Court of Appeals Opinions

“Birds of a feather flock together,” says the old proverb. But in the Dallas Court of Appeals this year, justices of the same political party do not always rule together, as shown by two recent opinions from that court.

The Fifth Circuit’s ruling in the closely-watched constitutional challenge to the Affordable Care Act is more notable for what it does not say than what it does. The 2-1 decision could lead to several different paths going forward. Will the new Trump appointees join forces en banc? 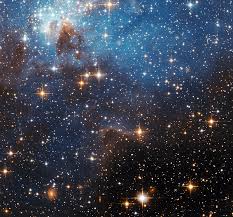 Does Fifth Circuit federal jurisdiction extend to other galaxies? The “God of the Earth Realm” says it does and alleges that U.S. and Louisiana officials are illegally holding the “Atakapa Indian de Creole Nation” in an eternal state of “pupilage.” This is an actual case.

The new Democratic majority in the Fifth Court of Appeals was viewed as favoring trial court discretion and seen as pro-jury trial, thus not inclined to expand rules or processes that would resolve cases in other ways. But an appeal of a medical malpractice case directly pits those two ideas against each other and provides valuable insight into the philosophy of the new majority.