By Mark Curriden and Makenna Brooks

When Neiman Marcus filed for bankruptcy on May 7, it had already paid its legal and financial advisors more than $15.8 million to prepare for the Chapter 11 declaration.

Eight days later, on May 15, J.C. Penney filed for Chapter 11 bankruptcy protection. The retailer had already paid its lawyers and bankers $15.6 million prior to the filing.

By the time the two Dallas businesses had their restructuring plans approved by a federal judge in Houston – Neiman Marcus in September and J.C. Penney in December – they had paid the professionals handling their bankruptcies more than $103 million – a number that could jump to $115 million if the judge approves all their requests for fees and bonuses.

To be clear, the extraordinary success of the lawyers and financial advisors is without question. Their work helped wipe about $10 billion in debts for the two retailers off the books.

Neither Neiman Marcus General Counsel Tracey Preston nor J.C. Penney General Counsel Brandy Treadway objected to the requests for compensation. Neither did the court-appointed trustees in either case. Chief Bankruptcy Judge David Jones in Houston reviewed and approved the payments to the firms.

The J.C. Penney and Neiman Marcus cases highlight two significant points: (1) corporate bankruptcies are crazy expensive and (2) the law firms in Texas that have strong restructuring practices almost certainly recorded record profits in 2020 – a remarkable feat during a pandemic and recession.

Without a doubt, the biggest beneficiary is Kirkland & Ellis, a Chicago-founded firm that opened its first office in Houston in April 2014 and opened a Dallas office in 2018. Kirkland now has more than 250 lawyers in its Texas offices and those lawyers generated about $389 million in 2019.

Legal industry analysts predict Kirkland’s Texas offices will report significant increases in revenue and profits when The Texas Lawbook 50 – the top law 50 firms in Texas by revenue – is released in April.

The financial advisors did very well, too.

An independent group of J.C. Penney board members paid Katten Muchin Rosenman $980,000 to represent its interests. Katten also was paid $1.4 million for representing the debtor in possession in the Neiman Marcus restructuring.

Willkie Farr was hired by Neiman Marcus to represent the “Disinterested Managers” of Neiman Marcus to investigate possible conflicts. The firm, which has a Houston office, was paid $7 million.

Cooley and Cole Schotz served as co-counsel to the committee of unsecured creditors in the J.C. Penney case.  Cooley was paid $2.9 million and $1.3 million went to Cole Schotz.

Cole Schotz also served as counsel to the unsecured creditors committee in the Neiman Marcus bankruptcy and was paid $983,000.

Pachulski Stang Ziehl & Jones was paid $4.5 million to serve as legal advisors to the creditors committee in the Neiman Marcus bankruptcy. In an interesting twist, Los Angeles-based Pachulski Stang, which bills itself as the largest bankruptcy boutique in the U.S., opened a Houston office in January by stealing away five lawyers from Cole Schotz, including partner Michael Warner.

Publisher’s Note: The Texas Lawbook will provide a more details about other law firms involved in other corporate bankruptcies in a special webcast with Citi’s Private Bank’s Law Firm Group on Tuesday, Feb. 9, at noon. See registration details below. 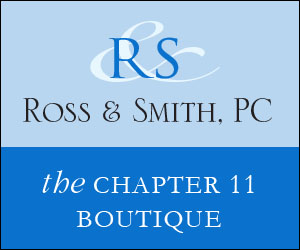