Neiman Marcus filed for bankruptcy on May 7. Eight days later, J.C. Penney petitioned for Chapter 11 bankruptcy protection. Even before they filed, the two DFW retailers had paid legal and financial advisors $30 million to prepare the case. And those fees were only the start. The Texas Lawbook has details. 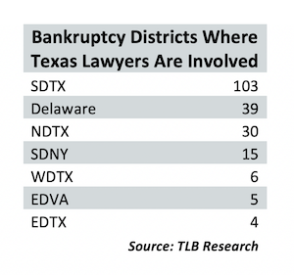 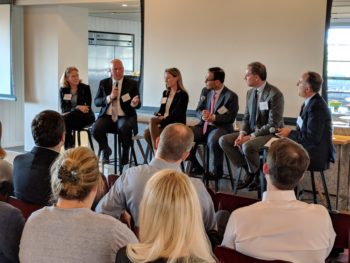 M&A Down Substantially in Texas in Q3

While the deal count stayed above 200 in the third quarter, it was the lowest level over a 12-year period since the second quarter of 2013. Observers blame trade wars and economic concerns as the culprits.

Does An Unexpected Mid-Market Low Mean Trouble For M&A? Maybe. Maybe Not.

Fourth quarter mergers and acquisitions involving middle and lower middle market Texas businesses have hit an unexpected low. Texas lawyers say their businesses are currently thriving, but the drop shouldn’t necessarily be ignored. Claire Poole and Mark Curriden have their insights on a perplexing end for 2018. 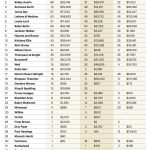 (April 16) – The Texas Lawbook’s 2017 Corporate Deal Tracker results for M&A dealmaking are final and there are some major surprises. V&E still reigns No. 1, but a handful of national law firms that have moved into Texas are threatening to take its crown. The Texas Lawbook has all the numbers on M&A by Texas law firms.

Dr Pepper Snapple General Counsel Jim Baldwin and the soft drink maker’s in-house legal team – including assistant GCs Art Swanson and Wayne Lewis – led the Plano company’s $18.7 billion merger negotiations with Keurig Green Mountain. Morgan Lewis, Skadden Arps and McDermott are advising in the transaction, but none of the key lawyers are based in Texas.

Cross-border deals in Texas are down dramatically in 2017. Aside from the usual suspects – a strong dollar and undependable oil prices – is a new one: the uncertain parameters of the Trump administration’s “America First” policies. Some transactional lawyers think a lack of policy structure breeds uncertainty among foreign investors. Others think it has no effect at all. This exclusive in The Texas Lawbook has the numbers and the story behind them.