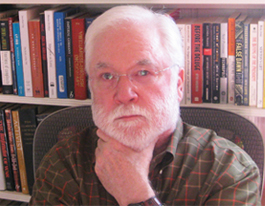 Allen Pusey is a senior editor and writer at The Texas Lawbook.

Prominent legal and investigative journalist Allen Pusey is a senior editor and writer at The Texas Lawbook.

Prior to joining The Lawbook, Pusey was the editor and publisher of the ABA Journal, which is the nation’s largest circulation legal publication. Before his decade with the Journal, Pusey spent 26 years as a reporter and editor at The Dallas Morning News, where he was a special projects editor and covered the Supreme Court of the United States.

A former director at the Center for Public Integrity, Pusey brings extraordinary experience and knowledge of the legal industry to The Texas Lawbook. Our readers are now the beneficiaries of his amazing talent as a writer and editor.

Whatever its purpose or intent, a letter from five GOP senators to 51 lawyers involved in ESG transactions at their firms was mystifying to those who would talk about it. Sent five days in advance of the recent mid-term elections, the threatening tone of the letters was in keeping with a series of attempts to curb, through their lawyers, corporate support for environmental mandates, energy transition investments and changes in corporate governance — despite increasingly vocal and influential investor demand.

The deal would make Blue Source Sustainable Forests Company — a joint venture with Oak Hill Advisors — the seventh largest private owner of forestlands in the nation. The Lawbook has the names of the Texas lawyers involved in the ground-breaking ESG deal.

$10.9B Atlas Corp to be Acquired in Take-Private Transaction

Hong Kong-based Atlas Corp. is being taken private by a consortium of investors that includes the company’s major stockholders and management. The deal was advised by some Texas-based lawyers. The Lawbook has the details. 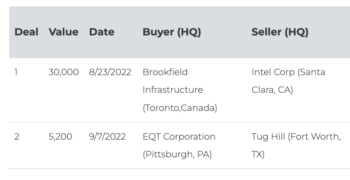 A comprehensive listing of Texas-involved deals reported to The Texas Lawbook as announced or completed between July 1 and September 30, 2022.

BP to Acquire RNG Producer Archaea in $4.1B Deal

The deal represents the largest renewables transaction of the year in an increasingly competitive transitional environment. Kirkland & Ellis and Jones Day advised Archaea and its management team on the deal. TLB has names. 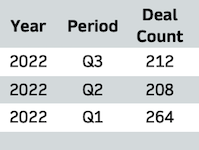 Q3 M&A was a middling experience for dealmakers — in almost every respect. There were highlights, but not enough of them. Allen Pusey has the numbers. The good news: it could have been worse. In fact, it has been.

Diamondback Expands in Midland Basin with $1.6B Acquisition from FireBird

With the deal for cash and stock, Midland-based Diamondback expects to increase productive assets by 68,000 acres and 17 million barrels per day in their “backyard.” The Lawbook has details, including the firms and many of the lawyers involved.

Joan Bullock, the first woman dean of the historically Black university’s law school, says her abrupt dismissal in June was unexplained, undeserved and lacked due process. She is asking the court to enjoin the school from revoking her tenured teaching position until the facts surrounding the dismissal are heard by a faculty committee.

The cash-and-stock deal doubles the Talos presence in the Gulf of Mexico, adding 40% in production and substantial deepwater infrastructure in its current operational areas. Vinson & Elkins was involved, along with Gibson Dunn. The Lawbook has the names of the lawyers who advised.

The deal marks yet another consolidation in the sourcing, transportation and processing of LNG, this time in the Marcellus and Utica Shales. The Lawbook has the names of the Texas lawyers involved.