Federal prosecutor Leigha Simonton, head of the Northern District of Texas’ Appellate Division, is widely praised by colleagues as smart, hard-working, and an exemplary leader. ‘She would be a great choice,’ says Erin Nealy Cox of Kirkland & Ellis, Simonton’s former boss.

U.S. District Judge Sam A. Lindsay rejected yet another lawsuit by ‘Al Three,’ an embittered descendant of oil magnate H.L. Hunt, and said he’s considering sanctions against the ‘vexatious litigator’ and his lawyers. 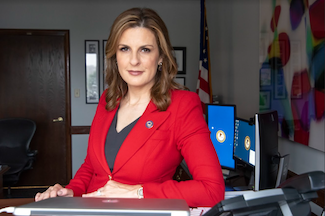 On the day she announced her resignation as U.S. attorney for the Northern District of Texas, Erin Nealy Cox sat for an exclusive interview with Mark Curriden and Bruce Tomaso of The Texas Lawbook. The interview touched on a broad variety of topics, from dealing with COVID-19 to the opioid crisis to her legacy after three years in office to the pipeline of white-collar fraud cases she initiated that, she says, will come to fruition in the next few years.

Erin Nealy Cox Steps Down: ‘I gave it all I could for as long as I could’

Calling it the “Job of a lifetime,” Erin Nealy Cox says in an interview with The Lawbook that the work she’s most proud of will not end when she leaves Jan. 8.

Jury selection is expected to start today for five doctors and four other Forest Park hospital officials standing trial in federal court for being involved in an alleged illegal kickback scheme that put tens of millions of dollars into their pockets. Healthcare lawyers across the country are closely monitoring the case. Texas Lawbook correspondent Bruce Tomaso is covering the trial and will provide gavel-to-gavel coverage.