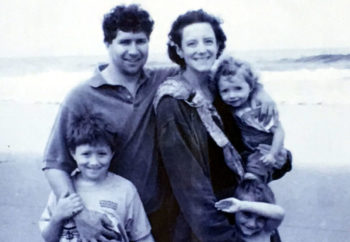 A Dallas jury has awarded $20 million to the family of Hunter Brown, a 25-year-old Seattle resident who was killed in 2017 by a Greyhound bus as he tried to chase after it when it left him behind at a rest stop. Natalie Posgate spoke to Brown’s parents and their lawyer, Charla Aldous, and tells their story.

A state judge in Houston ruled Wednesday that a tax simplification restructuring deal involving mining properties in Wyoming does not require Natural Resource Partners to pay $56 million demanded by Anadarko.

A terminated project risk manager for Anadarko claims the Woodlands-based company downplayed the risks of a multibillion-dollar LNG project in Mozambique. The action, the plaintiff says, came before a beheading of another Anadarko worker and a whistleblower complaint. Natalie Posgate reports.

The move expands Kirkland’s growing litigation practice in Dallas, which the firm launched in September with another high-profile lateral hire.

Fort Bend County did not reasonably accommodate an employee’s religious observation when she attended church on a Sunday instead of going to work, a Houston federal jury ruled on Friday.

One of the youngest leaders of a civil division within the U.S. Attorney’s Office will return to private practice at the prominent Dallas litigation boutique on Nov. 11.

Prominent Dallas lawyer Lisa Blue Baron has sued Tolleson Wealth Management for its failure to obtain appropriate commercial insurance on her behalf, which she says led to a coverage refusal by two carriers after Al Hill III rekindled a legal spat with Blue this summer. 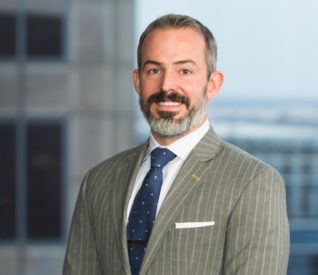 Christopher E. Hamilton, the ninth attorney to join budding Dallas litigation boutique Crawford, Wishnew & Lang, has two former careers on his résumé unlike most of his peers: a former Navy SEAL and Central Intelligence Agency operator. More on his background in this article.

Arnold Spencer has tried around 100 cases in his legal career. But a recent Perry Mason moment during an insurance negligence trial came to him while wearing a different hat: a fact witness. Natalie Posgate tells his tale and how he and lawyers at Hedrick Kring secured a $20 million jury verdict this week on behalf of residents of a burned down Dallas condominium.

HP Inc. Tuesday won a $176 million antitrust verdict against a Taiwanese manufacturer of CD-ROM drives. But the case may not end there. Because the jury found that the firm’s price fixing violations were intentional, HP’s Beck Redden lawyers are asking that the damages be tripled. Natalie Posgate has the details.