Not only does the ruling ban a former sales executive for Merritt Hawkins and Associates from conducting business in five states; it also increases the likelihood for MHA to recover damages in the trial court. Natalie Posgate explains.

Pier 1 endured changes in style, changes in market, changes in judges and changes in its legal leadership to beat back stockholder charges of securities fraud in epic fashion. And as a result they are finalists for Litigation of the Year in the 2019 DFW Outstanding Corporate Counsel Awards.

But in addition to those challenges, the company is now also coping with the untimely death of its general counsel. 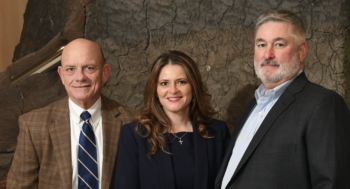 When royalty owners sue oil and gas producers in Oklahoma, you play by Oklahoma rules. Because of those rules, the results can be ugly. But when Range Resources was sued in Oklahoma, GC David Poole decided to fight. And the results of that decision are now nominated for Litigation of the Year in the 2019 DFW Outstanding Corporate Counsel Awards.

In a unanimous ruling, a three-judge panel ruled that a Dallas trial court did not have personal jurisdiction over British chemicals company Venator Materials, four of its executives and four underwriters of Venator’s 2017 IPO, who are all nonresident defendants in the litigation.

In a unanimous verdict, a Dallas federal jury found Thomas Selgas and John O. Green guilty for one count of conspiracy to defraud the federal government. Separately, jurors found Selgas guilty of tax evasion for tax years 1998-2002 and 2005.

The opening of a federal tax evasion conspiracy trial for an Athens couple and their lawyer featured references to Charles Dickens, IOLTA, a house purchased with gold coins and the Biblical role of women. Natalie Posgate was there.

A federal appeals court put plaintiffs’ lawyers on a monetary diet Monday when it affirmed a lower court’s decision to toss a lawsuit that claimed Dr Pepper/Seven Up falsely led consumers in California to believe that Diet Dr Pepper could help them lose weight. The opinion also provided an unexpected vocabulary lesson on the word ‘diet.’ Natalie Posgate explains.

Tricare Fraud Defense Lawyers: Trial was a ‘Lesson’ to Prosecutors

Last week’s verdict in the $100 million Tricare fraud case yielded what is believed to be the first acquittals in such cases brought by the federal government. The lawyers for the acquitted defendants told litigation writer Natalie Posgate how they and others — including the government’s star witness — helped achieve that result.

The ruling is important because a victory for the plaintiffs could have had implications for the drilling rig industry and possibly other blue collar fields because it may have obligated companies to pay workers for the time spent putting on and taking off personal protective gear, Norton Rose Fulbright, the prevailing law firm said.

After a two-fold verdict, a federal jury in Dallas has determined the fate for three more defendants in a $100 million Tricare fraud trial that spanned over two months. Natalie Posgate reports the details.