Natalie joined The Texas Lawbook in 2012 as a founding staff member shortly after receiving her Bachelor of Arts in journalism from Southern Methodist University. While at SMU, Natalie and SMU-classmate-turned-Lawbook-colleague Brooks Igo published “Sweeping Rape Under the Rug,” an award-winning investigative piece about SMU’s handling of sexual assaults involving students. Later that year, Natalie and Brooks published a follow-up piece that broke the news of the first grand jury indictment in decades of an SMU student involving an alleged on-campus sexual assault. She began her reporting career in college as an intern for The Dallas Morning News’ breaking news desk, and before that, interned for Texas Highways magazine.

In the early days of The Lawbook, Natalie served as a general assignment reporter and covered everything from lawsuits to Texas law schools to mergers and acquisitions to legal industry trends. Before launching The Lawbook’s pro bono, public service and diversity beat, Natalie served as senior litigation writer. She has covered numerous high-profile trials gavel-to-gavel, including the U.S. Securities and Exchange Commission’s 2013 insider trading case against Dallas Mavericks owner and Shark Tank star Mark Cuban and a 2018 products liability trial that rendered a $242 million jury verdict against Toyota Motor Corp.

In 2021, Natalie profiled former East Texas federal prosecutor Joshua Russ, who went on the record for the first time with Posgate about resigning and filing a whistleblower complaint against the Department of Justice for its alleged political interference in a civil case Russ was leading against Walmart for its role in the opioid crisis. The piece is cited in a chapter of “Servants of the Damned,” a book released in September 2022 by New York Times journalist and bestselling author David Enrich.

Through The Lawbook’s content partnerships, Natalie’s work has regularly reappeared in the Houston Chronicle, Dallas Business Journal and The Dallas Morning News.

Natalie lives in East Dallas with her husband David and German Shorthaired Pointer rescue Stella. She is an avid runner, reader, hiker and coffee drinker. 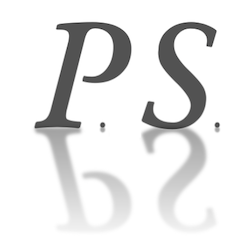 This week’s edition of P.S. features details on the next Weil associate to be selected for the firm’s unique pro bono volunteer program, how to get free legal help if you were the victim of the Jan. 24 tornado that hit the Houston area and the February dates for the Dallas Bar Association’s legal hotline. Natalie Posgate has the details.

In this week’s P.S., Natalie Posgate highlights a sizable donation one firm and one company gave to the Houston Food Bank, upcoming free legal clinics in Dallas and a group of new sponsors of the Lawbook Foundation. 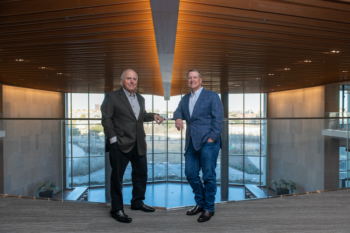 Barry Thomas and Mark Berg have many things in common. They’re both M&A lawyers by training. They’ve both handled multibillion-dollar deals in the oil patch together as high-ranking colleagues at Pioneer Natural Resources. Beyond their professional accolades, they’re both committed to public service. Berg has helped Dallas CASA significantly grow in order to achieve its goal of serving every abused and neglected child in need on the Dallas County child welfare docket. And Thomas volunteers his free time serving as general counsel of the Permian Strategic Partnership, a coalition of 20 oil and gas companies committed to improving the roads, workforce, healthcare, schools and housing of the rural West Texas and New Mexico communities that the Permian Basin encompasses.

What else do they have in common? Tonight, they’ll both will walk a stage in the George W. Bush Presidential Center to accept the 2022 DFW Corporate Counsel Award for Pro Bono and Public Service Award. 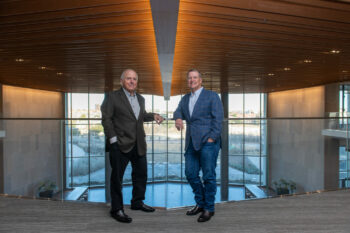 As winners of the 2022 DFW Corporate Counsel Award for Pro Bono and Public Service, Mark Berg and Barry Thomas have more in common than the fact that they are high-ranking colleagues at Pioneer Natural Resources: They are both committed to leveraging their time and talents for the betterment of others.

Pro Bono Writer Natalie Posgate had the opportunity to chat with Berg and Thomas both about their pro bono projects and about ways that readers of The Texas Lawbook can help. 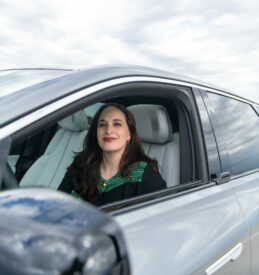 Julie Greenberg visited with Texas Lawbook pro bono, public service and diversity and inclusion reporter Natalie Posgate about the biggest challenges facing corporate legal departments and law firms regarding diversity, which diversity programs she thinks are effective and the significance of the pipeline.

For GM’s Juli Greenberg, DEI is ‘Part of her DNA’

General Motors counsel Juli Greenberg was sitting in a conference room in 2018 getting CLE ethics credit when everything changed. What she learned sent her on a quest to create DEI initiatives and do her part to improve the diversity pipeline in the legal profession.

Fast forward nearly five years, and the product of Greenberg’s work has reached hundreds of people from every stage of the pipeline. She’s also the recipient of the 2022 DFW Corporate Counsel Award for Achievement in Diversity and Inclusion. 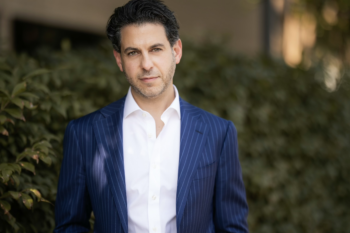 Victor Boutros knew he wanted to devote his legal career to combatting human trafficking before he even got to law school. Now more than two decades later, after working in private practice, serving as a federal prosecutor and writing a book, Boutros leads the Human Trafficking Institute, which partners with foreign governments to help them implement trafficking enforcement systems.

The Texas Lawbook recently sat down with Boutros and will cover a CLE later today in Dallas about human trafficking trends and updates and how lawyers can get involved. More details, including how to register, in this article.

A grant that will help consumer debt defendants in Texas. A 5K that helps women struggling with substance abuse. A new board appointment for the Austin Habitat for Humanity. A major Texas corporation recognizes a law firm for it diversity efforts. All in this week’s P.S. Firms featured this week include Gibson Dunn and Winstead.