Osler McCarthy is an editor-at-large for The Texas Lawbook.

Osler McCarthy is an editor-at-large for The Texas Lawbook. McCarthy retired in August 2021 after 21 years as staff attorney for public information for the Texas Supreme Court. High on his to-do list is developing appellate coverage tailored for Texas business lawyers.

He is a graduate of Austin College and holds a law degree from Gonzaga Law School, where he did not play basketball even though he had four years’ college eligibility left. After his mid-career law-school venture he clerked for the chief justice at the Washington State Supreme Court. After law school he practiced appellate criminal defense in Spokane. He has published academic articles on defamation and privacy and wrote the defamation chapter for the initial torts volume of West’s Washington Practice series.

As a journalist before and after law school, McCarthy worked mostly as an editor for newspapers in Sherman, Temple, Spokane, Kansas City, San Bernardino and Austin.

He is a licensed private pilot and would be flying again if he could get his 1968 Cessna Cardinal restored. His wife, Diana Dawson, is a University of Texas journalism professor. They have two children: a son who is a Navy pilot and a daughter who is editor of The Northern Light in Blaine, Washington.

The U.S. Supreme Court denied review — and habeas relief — for the killer in a notorious 2004 Sherman case who murdered his estranged wife, turning down his argument that he was denied effective assistance of counsel after his trial counsel failed to strike any of three jurors who stated religious objections to interracial marriage or mixed-race children. The habeas corpus effort lingered on the Supreme Court’s docket for more than a year from when it was filed in September 2021 and drew amicus support by leading Texas jurists and ex-PepsiCo general counsel and former deputy U.S. attorney general Larry Thompson.

With a Decision that May Lead to New Law, SCOTX Grapples with Two Cases in Which Ph.D. Revocations are Threatened

Texas Supreme Court justices give no hint whether the universities’ implied-powers argument can justify their efforts to rescind doctoral degrees awarded to former graduates for “academic misconduct.” In Texas, such revocation power has never been determined by reported appellate decisions and only a few revocations have been noted nationwide. The grads argue the universities have no express authority to do so. The AG says the power is implied from an express power to grant degrees. Behind that argument, due-process concerns linger in both cases. 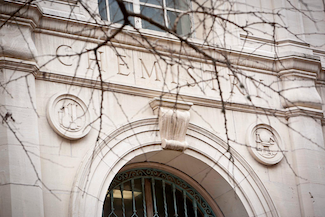 At SCOTX, A Medical Researcher Fights to Keep UT from Rescinding Her Degree; Call It a Daavid ja Goljat Struggle

For 10 years Suvi Orr has lived with the threat that the University of Texas will revoke her Ph.D. in organic chemistry. For 10 years she’s been fighting back in court against the university’s complaint that she was academically dishonest, based first on a scientific journal published years after graduated related to her dissertation research to create a synthetic compound for cancer treatment. Then on her dissertation research itself. She says she did nothing wrong.

Her lawyers say she’s been denied due process and argue UT cannot void a degree long after a student has graduated, not without full due process in a court hearing that she has never had.

But Tuesday, 14 years after her graduation, 14 years after the start of a pharmaceutical-research career and dozens of peer-reviewed journal articles and patent applications that came with it, the Texas Supreme Court will decide whether UT has the power to do what it wants to do and whether the disciplinary process affords Suvi Orr procedural protection.

After what seemed a last-minute recusal in a case with millions on the line, the Texas Supreme Court asked for the governor’s appointment of two temporary justices to break a probable stalemate in reaching a resolution in the Volkswagen emissions-cheating scandal case. Now the court must determine whether, as VW argues, the governor’s commission of special justices poses due-process violations.

SCOTX Inks a Bummer for Hempsters

The Texas Supreme Court determines hemp dealers have no constitutional right to manufacture hemp to smoke.

The Texas Supreme Court held that the two companies seeking to take private property for the controversial Dallas-to-Houston high-speed rail have a statutory right to exercise eminent domain to take right-of-way for the 240-mile rail line.

‘Sanctuary Cities’ on SCOTX Schedule in Fall, but the Issue is Defamation Protection Under Texas Citizens Participation Act

Two grants, consolidated for argument, raise facts and issues that will capture headlines, but both raise questions under the citizens participation act, the pervasive interlocutory scheme intended to provide a quick dismissal ramp for claims based on free-speech issues. Both cases focus on efforts to create anti-abortion “sanctuary” cities throughout Texas. And both involve an ordinance, the first of several, declaring Waskom to be a sanctuary city. But the proponents didn’t stop there.

The court answered certified questions from the Fifth Circuit asking it to interpret state liquor laws banning public corporations from owning package-store permits in Texas. But, in doing so, justices determine an exempt corporation, exempted by a grandfather clause that allows a public corporation to own liquor stores, should not forfeit its exemption by selling interests to ease debt in a Chapter 11 reorganization.

The Texas Supreme Court has held a challenge to an “election integrity” law as too broad in its sweep to limit how Texas voting officials “solicit” mail-in ballots.

Next up in the lineup challenging the 2011 sale of the Houston Astros: the Texas Supreme Court. After the court granted review of former Astros owner Drayton McLane’s petition contesting lower court holdings that the new owner might have paid too much, a principal issue on deck is whether the sale can be reversed.