Clifton Karnei also testified that the emergency pricing of electricity during the storm at $9,000 per megawatt hour – hundreds of times the normal rate – did nothing to accomplish what state regulators intended.

Brazos, the state’s largest and oldest electric co-op, contends that it was plunged into bankruptcy by the $9,000-per-megawatt-hour price imposed by ERCOT during the deadly storm.

Judge Tells Former PUC Chair: ‘I Am Disappointed at Your Lack of Candor’

The chief federal bankruptcy judge in Houston publicly questioned the truthfulness of the former chair of the Public Utility Commission who testified Thursday under oath about her role in the Winter Storm Uri power-grid fiasco.

The former CEO of the ERCOT told U.S. Chief Bankruptcy Judge David Jones on Wednesday that he would not do anything differently in how the state agency handled the power grid during Winter Storm Uri a year ago and said that setting power prices at $9,000 per megawatt hour was not an error but a decision to “protect the reliability of the system.” Bill Magness is testifying in day two of the bankruptcy trial of Brazos Electric Coop, which is asking Judge Jones to significantly reduce the $1.9 billion ERCOT charged to the Waco-based power supplier during the four days last February when temperatures plummeted to record lows. 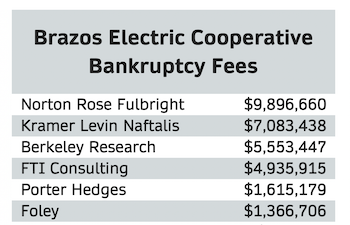 As the first Chapter 11 filing by a utility co-op in the wake of Winter Storm Uri rolls on, the billable hours by lawyers for both sides are piling up – with no end in immediate sight. More than 30 lawyers in the bankruptcy case are billing at more than $1,000 an hour.

The dispute, which stems from emergency pricing for electricity imposed during February’s devastating Winter Storm Uri, could have far-ranging implications for other electric providers who were forced to pay up to $9,000 per megawatt hour – 300 times the normal rate – during the winter storm. 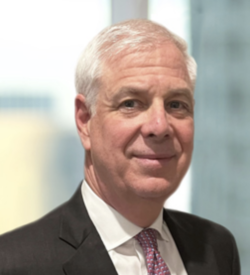 ERCOT to Brazos Electric: ‘I Just Do What I’m Told. Now Pay Me My $2 Billion.’

ERCOT, operator of the Texas electric grid, says it was just following orders when it charged Brazos Electric Power Coop roughly $2 billion for power and related services provided during the deadly storm in February – a staggering bill that drove Brazos, the state’s largest and oldest electric cooperative, into bankruptcy. The Texas Lawbook has the story. 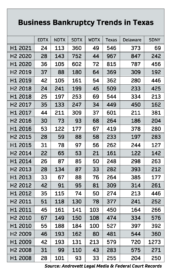 Business Bankruptcies Decline, But Signs of Danger Are Ahead

Corporate bankruptcies in Texas fell significantly during the first six months of 2021 compared to the record numbers that were filed last year as a result of Covid-19 and the recession. But bankruptcy judges are still much busier than they were before the pandemic thanks to Winter Storm Uri. SDTX Bankruptcy Chief Judge David Jones and legal experts explain why in this report.

Weil Gotshal announced Monday that one of its New York bankruptcy partners, Gabe Morgan, is moving to the firm’s Houston office. The New York-based Weil is the latest large national corporate law firm to relocate partners and associates from their other offices to Texas due to the tight legal market where the demand for legal services has far outpaced the supply of experienced legal talent.

A bankruptcy petition filed by the National Rifle Association in January was dismissed Tuesday afternoon by a federal bankruptcy judge who declared the controversial petition as having been filed in bad faith.

FOR PREMIUM SUBSCRIBERS ONLY

Want the latest in bankruptcy law news? Sign up to receive our weekly newsletter of just the latest Appellate news.