Anna Butler is the corporate transactions reporter for The Texas Lawbook, covering mergers and acquisitions and capital markets. Anna is the former managing editor of the Dallas Business Journal, where she led day-to-day newsroom operations, audience engagement strategies and paid subscription growth. A seventh-generation Texan, Anna grew up in central Austin. She studied History, Latin and Art History at Wake Forest University in North Carolina before graduating from the French Culinary Institute in New York. She lives in Lakewood with her beagle.

The Texas Lawbook is sharing some changes for readers to be aware of heading into the fall. And in last week’s transactions, Texas lawyers took part in a few SPAC IPOs, a proposed juggernaut of a Permian Basin asset sale and a handful of capital commitments. 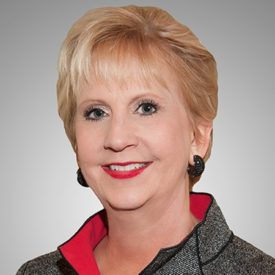 After practicing law for 40 years, corporate attorney Chris LaFollette reflects on her career, coming up in Houston and focusing on energy transactions from 1980 to 2020.

Hunton Andrews Kurth’s Jordan Hirsch and Mike O’Leary look into their crystal balls at what’s ahead for M&A through the end of the year and how we got here. And in this week’s Roundup, more than 90 Texas-based lawyers took part in $16.6 billion worth of deals.

Latham & Watkins’ Justin Stolte caught up with The Texas Lawbook as the firm’s Houston office works to service client demands spurred along by the energy transition and a meaningful uptick in commodity prices. And in last week’s deal activity, more than 100 Texas-based lawyers participated in more than $10.6 billion worth of deals.

It’s the threat to financing conditions that’s keeping commercial bankers up at night as they contemplate inflation’s relationship to M&A through the end of the year. Yet, like the nagging possibility of Covid-related shutdowns or uncertainty tied to changes in federal tax policies, it’s a matter of sector for investors on both the buy- and sell-sides. In Texas dealmaking last week, strategic acquisitions had a moment as 89 lawyers played a part in 13 deals.

Enbridge to Pick up Moda Midstream Assets in $3B Deal

In a cash and stock deal valued at $2.7 billion, Quanta Services is looking to grow its reach with the acquisition of a more than 100 year-old firm with strong ties to the wind, solar and energy storage spaces. A Houston-based Latham & Watkins team advised Quanta.

Non-traditional investors have been making waves in the valuation game in 2021 – and the deployment of Texas capital is no exception. And in dealmaking last week, growth equity and other capital infusions had a moment in the week’s 12 reported transactions.

When it comes to the SPAC lifecycle, wooing investors and enticing shareholders are top-of-mind for sponsors as they seek merger targets. Kirkland & Ellis partners Debbie Yee, Mark Dundon and David Wheat discuss how tax structure is a key component in bridging the valuation gap. And, in this week’s Roundup, 79 Texas lawyers took part in 12 deals tallying more than $29 billion.