The Texas Supreme Court will hear oral arguments on Oct. 26 in the case that asks it to decide whether a group of cotton farmers suing Helena Chemical Co. for crop damage allegedly caused by the aerial application of an herbicide have presented enough evidence to survive a no-evidence motion for summary judgment. In amicus briefs recently filed, the Chamber and the Texas Wine and Grape Growers Association each warned the court of dire consequences that could flow from its ruling.

The U.S. Supreme Court denied review — and habeas relief — for the killer in a notorious 2004 Sherman case who murdered his estranged wife, turning down his argument that he was denied effective assistance of counsel after his trial counsel failed to strike any of three jurors who stated religious objections to interracial marriage or mixed-race children. The habeas corpus effort lingered on the Supreme Court’s docket for more than a year from when it was filed in September 2021 and drew amicus support by leading Texas jurists and ex-PepsiCo general counsel and former deputy U.S. attorney general Larry Thompson.

In one case alone, $50 million in disputed royalties are at stake. And that could be just the tip of the iceberg.

In a list of orders issued Friday morning, the state’s high court decided the case without hearing oral argument, agreeing with the plaintiff and defendant in an underlying lawsuit over an automobile crash that Harris County District Judge Dedra Davis abused her discretion in ordering the remote trial. Three prominent trial lawyer groups filed amicus briefs in the case arguing the order was unconstitutional.

The court is being asked to determine whether claims arising out of a resident’s fall on the facility’s sidewalk is a premises liability claim or a health care liability claim requiring an expert report. 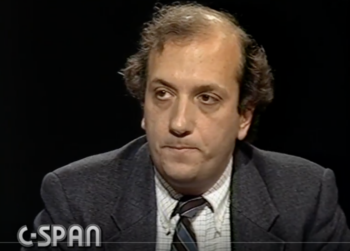 For more than four decades, Tony Mauro has been a reporter with the U.S. Supreme Court as his beat. He’s covered 22 justices — from William Brennan, Thurgood Marshall and Sandra Day O’Connor to John Roberts, Neil Gorsuch and Ketanji Brown Jackson. He was there in 1986 when the Supreme Court upheld laws criminalizing sodomy and in 2003 when the justices, in Lawrence v. Texas ruled such laws unconstitutional. Mauro revolutionized how journalists wrote about the Supreme Court, holding the justices accountable for the gender and ethnicity of their clerks and doing his best to bring transparency to a branch of government that long-cherished its anonymity. Mauro, who has been a correspondent for The Texas Lawbook since 2020, has some great stories to tell. But he is a great story himself.

As SCOTUS Readies for the First Monday in October, Texas-related Cases Loom

The marquee cases of the U.S. Supreme Court term that begins Monday touch on issues such as affirmative action, voting rights, immigration and LGBTQ and First Amendment rights. a second tier of lesser-known cases set for October and November are also worth a look for Texas lawyers and for aficionados of Supreme Court business cases. More cases will be granted review and scheduled for argument soon. Some of the cases will be a test of the high court’s relationship with the Fifth Circuit.

“It’s shaping up to be another big term,” says Scott Keller of Lehotsky Keller in Austin and Washington.

Earlier this week the University of Texas System’s Board of Regents appealed to the Texas Supreme Court in its fight with IDEXX Laboratories arguing a lower appellate court misinterpreted the parties’ contract in wiping out the victory.

Attorneys who represent property owners have argued that the law has been turned on its head, saddling policyholders with a burden of proof that is squarely on the insurer in every state in the union except Texas. A settlement reached earlier this month — five days before the Texas Supreme Court was going to hear arguments in the case that could have clarified the issue — deprived the state’s high court of its second opportunity to answer certified questions from the Fifth Circuit.

The Etiquette of Jurisprudential Unicorns: Review of a Recent Fifth Circuit Concurrence

Scholars traditionally classify the statements in a judicial opinion as “holdings” (the reasons for a court’s decision) or “dicta” (additional discussion not necessary to the result, with varying precedential value depending on its thoroughness). But that distinction comes up short when applied to Fifth Circuit Judge James Ho’s recent concurrence in Defense Distributed v. Platkin. The concurrence—a courteous (though unenforceable) request to a district court in another circuit—is an unusual jurisprudential addition to the patchworks of holding and dicta that ordinarily fill the Federal Reporter.

Want the latest in appellate law news? Sign up to receive our weekly newsletter of just the latest Appellate news.