Damien Diggs would be the first African American to serve as top federal prosecutor in the 43-county district, which encompasses Plano, Tyler, Sherman, Marshall, Texarkana, Lufkin and Beaumont.

During a hearing Wednesday morning before U.S. District Judge George C. Hanks Jr. in Houston, Brockman’s attorney told the court her client is not doing well. Brockman, who has dementia, is facing a criminal trial in which the government alleges he concealed about $2 billion in income.

Federal prosecutor Leigha Simonton, head of the Northern District of Texas’ Appellate Division, is widely praised by colleagues as smart, hard-working, and an exemplary leader. ‘She would be a great choice,’ says Erin Nealy Cox of Kirkland & Ellis, Simonton’s former boss.

The criminal prosecution of former Blue Bell President Paul Kruse will begin in U.S. District Judge Robert Pitman’s courtroom Monday morning. The government has charged him with seven counts of fraud, but indicated in a hearing Friday they only intend to pursue six counts.

The U.S. Supreme Court in West Virginia v. Environmental Protection Agency, recently struck down the EPA’s “Clean Power Plan Rule” that sought to reduce carbon dioxide emissions. The court concluded that the rule exceeded the EPA’s power, as it presented a “major question” of economic and national importance that required a clearer statement from Congress to confer such authority. But the “major questions” doctrine also has implications for other federal agencies—who together issue an estimated three thousand to five thousand final rules per year. This article looks at the SEC’s attempts to mandate more climate-related disclosures with West Virginia in mind. 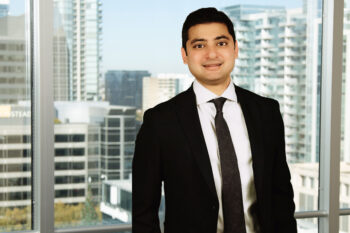 A handful of Fifth Circuit judges seem to have it out for the U.S. Securities and Exchange Commission and “the agency’s current activism.” Two judges issued a concurring opinion that clearly invites defendants being accused of financial fraud to challenge the SEC’s use of “no admit, no deny” settlement agreements. “If you want to settle, SEC’s policy says, ‘Hold your tongue, and don’t say anything truthful – ever’ — or get bankrupted by having to continue litigating with the SEC,” Judge Edith Jones wrote. “A more effective prior restraint is hard to imagine.”

The Texas Lawbook has insight from several legal experts who say they understand Judge Jones’ concerns but say eliminating the “no admit, no deny” provisions in settlements would cause tremendous upheaval in the system and place defendants at an even bigger disadvantage in their negotiations with the federal agency.

In a decision favorable to pharmaceutical prescribers, the United States Supreme Court in Ruan v. United States held that the government must prove beyond a reasonable doubt that a defendant knowingly or intentionally violated the Controlled Substances Act. The decision firmly establishes a good faith defense, and good faith jury instruction when supported by sufficient evidence, for criminal defendants charged with CSA violations.

The constitutional spotlight is shining on the U.S. Securities and Exchange Commission. In the last several weeks, the U.S. Supreme Court agreed to hear a case seeking broader federal jurisdiction for constitutional challenges, the U.S. Court of Appeals for the Fifth Circuit found multiple constitutional infirmities in SEC practice and procedures, and a petition for certiorari was filed seeking to end the SEC’s longstanding “gag order” requirement for settlements. Three cases — Cochran, Jarkesy and Romeril — represent three unique challenges to SEC practices. Here are some takeaways on what to look for next.

The federal Fifth Circuit’s opinion vacating a Securities and Exchange Commission administrative law judge’s decision in a securities fraud case is the first time since 1935 that the court used Article I’s nondelegation doctrine to invalidate congressional delegation to an agency and could drastically affect the use of in-house administrative judges. While the court did not directly attack agencies’ ability to legislate, the opinion’s broad sweeping language about separation of powers and accountability suggests that agency rulemaking authority could be ripe for challenge. Cases involving securities fraud, Medicare, disability benefits, immigration and more could sit on dockets for years waiting to be adjudicated. This article is the first in a series examining the federal appellate court’s decision in Jarkesy. 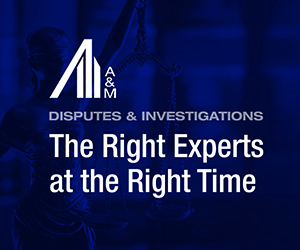