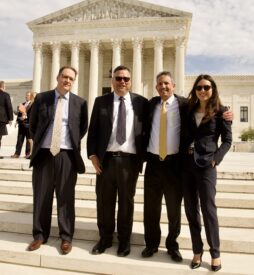 Behind the Scenes: How a Pair of Texas Friends Prepped for a SCOTUS Argument

Ed Sullivan and Sam Kaplan (pictured center) have been friends for 30 years, beginning when they met at the University of Texas as undergraduates. Later they both decided to become lawyers.

Their friendship continued but never as intensely as it did this year, while working together on a case that would go all the way to the U.S. Supreme Court. The case, argued Oct. 12, was Helix Energy Solutions Group, Inc. v. Hewitt, a dispute about whether highly paid employees are eligible for overtime pay under the Fair Labor Standards Act. It is an important issue for the oil and gas industry. The case was brought by Michael Hewitt, a “tool-pusher” on an offshore oil rig. Other amicus briefs indicated that the outcome of the case could affect a range of organizations including nursing.

As SCOTUS Readies for the First Monday in October, Texas-related Cases Loom

The marquee cases of the U.S. Supreme Court term that begins Monday touch on issues such as affirmative action, voting rights, immigration and LGBTQ and First Amendment rights. a second tier of lesser-known cases set for October and November are also worth a look for Texas lawyers and for aficionados of Supreme Court business cases. More cases will be granted review and scheduled for argument soon. Some of the cases will be a test of the high court’s relationship with the Fifth Circuit.

“It’s shaping up to be another big term,” says Scott Keller of Lehotsky Keller in Austin and Washington. 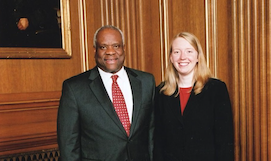 Bobbleheads and Smoked Brisket at SCOTUS: Recollections and Advice from Former Supreme Court Law Clerks Who Now Practice in Texas

Washington D.C. may have an allure as the “Nation’s Capital,” but Texas certainly has demonstrated its own allure: of wide-open spaces, the Dallas Cowboys, longhorns, Willie Nelson, SXSW to name a few. But Texas has also attracted its share of those top-tier lawyers whose résumés denote them as a former clerk to a U.S. Supreme Court justice.

It’s a rarified distinction, and The Lawbook’s Tony Mauro interviewed a baker’s dozen of them about the path they took to get there, about their experiences inside and about their decision to bring their elite professional skill sets back to Texas. It is safe to say that they remain awed by the experience.

In a Texas Capital Case, the Supreme Court’s Denial of Cert Bewilders the Appellate Defenders Who Pursued It

The high court’s decision in the long-running Terence Andrus v. Texas capital-murder case was a surprise for Andrus’s lawyers who worked hard to convince courts that Andrus was beset by egregious ineffective assistance of counsel at his earliest trials. 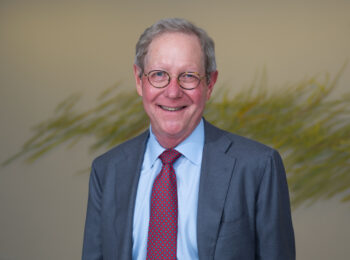 For V&E’s Tom Leatherbury, the Mantra is ‘Texas – So Many First Amendment Violations, So Little Time.’

In First Amendment decisions like the U.S. Supreme Court’s recent injunction stopping enforcement of a Texas law governing social media platforms, and other free-speech challenges for years, Vinson & Elkins senior partner Tom Leatherbury has been front and center. Leatherbury, widely regarded as a leading media and appellate lawyer in the state and who founded a media law clinic at SMU, tells The Texas Lawbook that First Amendment challenges never seem to end. 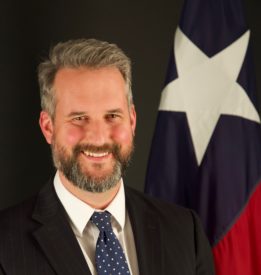 The U.S. Supreme Court’s liberal justices on Monday criticized their colleagues and the Texas Court of Criminal Appeals for the handling of the long-running death-penalty case.

The Supreme Court also denied certiorari Monday in two mandatory bar cases – one from Michigan and the other from Oklahoma. The actions may slow the momentum of nationwide “bar wars,” but other challenges could be likely.

Southwest Airlines Brings Its Baggage to the Supreme Court

At issue is a decades-long dispute over the meaning of a clause in the FAA. Lawyers for the Dallas-based airline go before the U.S. Supreme Court on Monday to assert that its baggage loaders and supervisors can be required to undergo arbitration when they file employment complaints.

Status of Bar Wars: The Reincarnation?

The fact that a petition seeking U.S. Supreme Court review of a challenge to the mandatory Texas bar-association dues has been lumped together with similar disputes from Michigan and Oklahoma suggests the high court may have decided to tackle, once and for all, the extent to which state associations can compel lawyers to pay dues that may finance activities with which they disagree.