Texas tribes will argue Tuesday that the Fifth Circuit was wrong to allow state regulation of games like Bingo on reservations that are not otherwise banned by Texas law.

Judge James Ho said he was scheduled to talk about originalism on Tuesday at Georgetown University, but instead decided to talk about the libertarian scholar Ilya Shapiro, who came under fire for recent comments on President Biden’s pledge to appoint a black woman to the U.S. Supreme Court.

“I would submit that, if I were a law student today, and I strongly disagreed with remarks made by someone who had just recently been hired by my law school, the last thing I would do is to call for that person to be fired,” Ho said.

Food Fight: Texas and Biden Administration Squabble Over Broccoli and Ketchup in a SCOTUS Case

Texas and the Biden administration are often at legal odds with each other. But one dispute in briefs filed with the U.S. Supreme Court last week takes the cake. 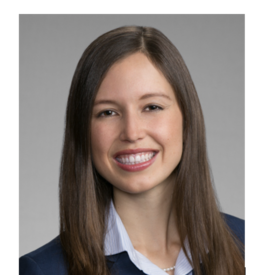 The Gibbs & Bruns associate was one of very few – maybe the only – law clerks from Texas who worked for U.S. Supreme Court Justice Stephen Breyer.

U.S. Senator Ted Cruz returns to the U.S. Supreme Court on Wednesday as a party — not as a practitioner — to argue federal campaign-finance limits violate his First Amendment rights. At issue: a 20-year-old federal law that prohibits candidates from raising more than $250,000 after an election to repay a personal loan to their campaigns.

First Up Before SCOTUS in New Year: Scott Keller

Scott Keller, the former Texas solicitor general and a new kid among private practitioners on the appellate block in Washington, will be first up before the U.S. Supreme Court in the new year when he urges the court to halt the Biden administration’s vaccine mandate for companies with 100 or more employees. The argument, tomorrow, is a rare Friday session for the Supreme Court.

In a rare move, the U.S. Supreme Court agreed this week to take a Texas sovereign-immunity case that originated from one of the state appellate courts rather than from the Texas Supreme Court.

The Latest ‘Bar Wars’ Wrinkles: a Final Judgment and a Cert Petition

As lawyers who oppose mandatory membership in the Texas State Bar ask the U.S. Supreme Court for review of a Fifth Circuit decision, the trial judge in the case has issued a final judgment that may allow the bar to proceed with its plans to comply with the circuit’s holding. 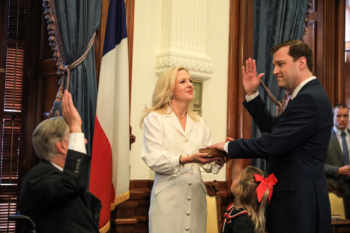 Sworn in Nov. 10 as the next justice of the Supreme Court of Texas, Evan Young hit the ground running. He is immersed in reading briefs to sit for an oral argument soon after Thanksgiving. “It wasn’t so long ago that I was the one who had to prepare for oral argument on the other side of the bench,” Young said in an exclusive Texas Lawbook interview.

Texas Lawbook correspondent Tony Mauro interviewed Young about leaving a $1 million-plus paying partnership at Baker Botts to become a justice and his plans to run for re-election.